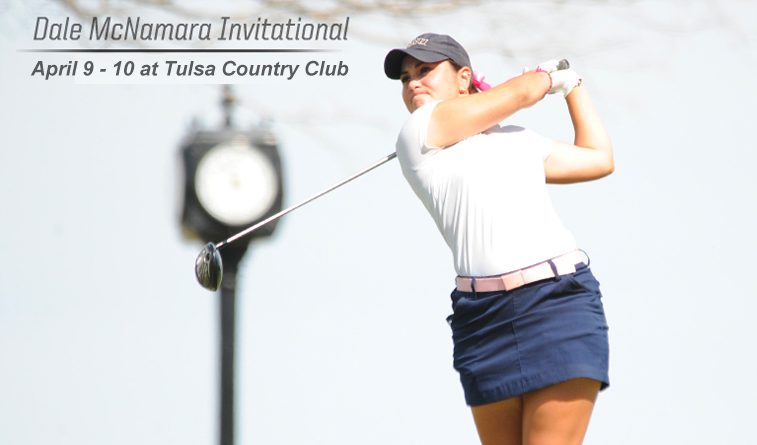 TULSA, Okla. –– Thirteen teams will tee-off Monday at the Dale McNamara Invitational at 8:30 a.m. in a shotgun start at the par-70 Tulsa Country Club.

Tulsa Country Club was the host site for the 1999 and 2014 NCAA Division I Women’s Golf Championships. The 54-hole tournament will have two rounds of 18 holes played on Monday and the final 18 holes will be played on Tuesday.

Last year, Tulsa captured the team title, shooting rounds of 303-288-290 for an 881 final score. Trailing the Aggies of New Mexico State after the first two rounds, Tulsa overcame the one-stroke deficit for a five-stroke victory.