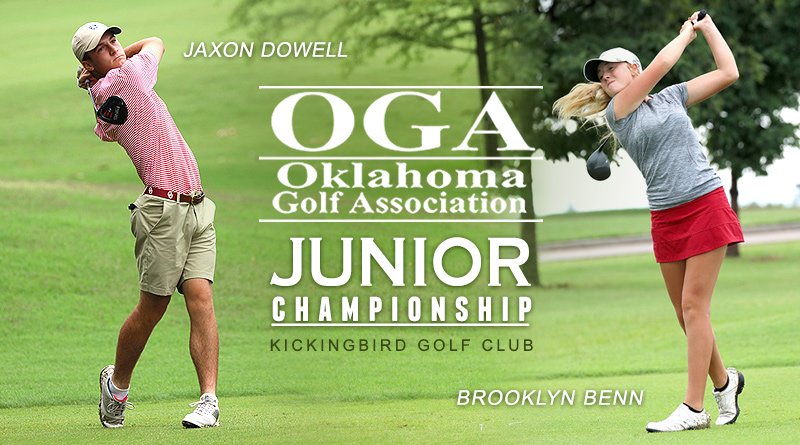 Jaxon Dowell of Edmond will be defending his championship in both the stroke play and match play segments of the tournament. The 36-hole stroke play event is Monday-Tuesday, while match play begins with the top 16 players Wednesday. Semifinals and finals are Thursday. Dowell will have to fend off top challengers such as Jordan Wilson of Edmond, Andrew Goodman of Norman, James Roller of Tulsa, Luke Morgan of Guthrie and many other top juniors from across the state.

On the girls side, the top five finishers from 2019 are all competing. Brooklyn Benn of Edmond won the stroke play and match play titles. In the stroke play, she finished three shots ahead of Maddi Kamas of Kingfisher, while Raychel Nelke of Pocolo was third, Reagan Chaney of Ardmore fourth and Jenni Roller of Tulsa fifth.

The event takes on added significance this year as the juniors lost their high school season and all but one event on the Oklahoma Junior Golf Tour schedule. The boys had a great tuneup this past Wednesday in the new Oak Tree Junior Classic. Wilson won the 36-hole event by a shot over Goodman with Dowell in third.