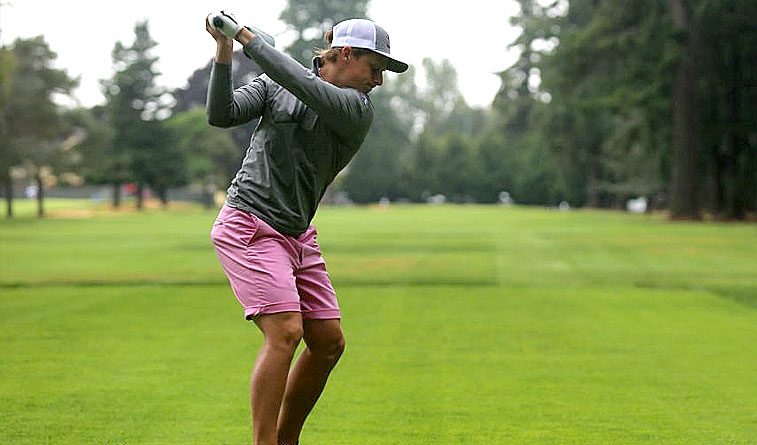 BELLINGHAM, Wash. (Sept. 25, 2017) – A strong first round put Oklahoma Christian in a good position Monday after the opening day of the Western Washington Invitational at Bellingham Golf and Country Club.

Playing in the Pacific Northwest for the first time since the 2012 NAIA Championships in Salem, Ore., the Eagles put together team scores of 284 and 292 for an overall score of 576, one shot behind the co-leaders, NCAA Division II Simon Fraser (British Columbia) and British Columbia of the NAIA. A third British Columbian team, NAIA power Victoria, was fourth at 579.

The Eagles led the tournament by five shots after the first round, but Simon Fraser matched that 284 score in the second round to surge from fifth place into the lead.

Ten squads in the 16-team field were within nine shots or fewer of the lead entering Tuesday’s final round, including the tournament host, Division II No. 24-ranked Western Washington, and Colorado-Colorado Springs, which like OC received votes in the preseason Division II coaches’ poll.

OC’s top individual on Monday was freshman Pablo Duster. He had six birdies in his opening-round 69 (which put him in a tie for second) before an even-par 72 in the afternoon round on the 6,561-yard course. After two rounds, Duster was tied for fifth in the 90-man field at 141, three shots behind the leader, Chris Crisologo of Simon Fraser.

OC juniors Cameron Brown and Juan Pallach both were in the top 20 after the first two rounds. Brown posted scores of 73 and 72 and was at 1-over 145 (tied for 16th) while Pallach was another shot back (tied for 20th) after a pair of 73s.

Junior Ethan Smith carded a 73 and a 75 and was tied for 27th at 148, while junior Garrett White experienced both major highs and lows, firing a 3-under 69 in the first round (making five birdies along the way) before posting and 80 in the second round. He was tied for 36th at 149.