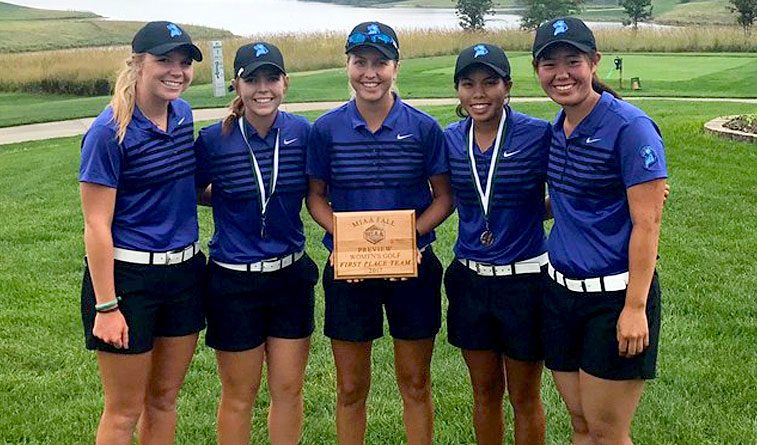 Marla Souvannasing and Sydney Roberts both shot even-par 72s as the Bronchos closed with a 298 to finish with a 592 total, the sixth-best 36-hole score in school history.  That was good for an easy 15-shot win over Northeastern State, while Lindenwood and William Jewell tied for third in the 16-team field at 610.

“We got off to a slow start, but the girls righted the ship,” said head coach Michael Bond, who recorded the 29th win in his 10th year at the helm.  “We made some birdies and had a lot of good par saves, which was really the big key today.”

All five players shot 80 or better, with Souvannasing and Roberts leading the way.  Makena Mucciaccio had a final-round 76, while Yuna Sato shot 78 and Anna Pool 80.

It was the second straight 72 for both Souvannasing and Roberts, who tied for third in the individual standings at 144.  Souvannasing had 12 pars, three birdies and three bogeys on the day, while Roberts offset two bogeys with a pair of birdies in addition to making 16 pars.

Pool and Mucciaccio tied for 17th with 153 totals.

The Bronchos continue their fall campaign next week, hosting the UCO/RCB Classic Monday and Tuesday at the Golf Club of Edmond.

NSU shot its lowest round of the season and finished runner-up with a 607. The RiverHawks carded a 299 in Monday’s final round with Kelsey Lumpkin leading the way with a 147 (74-73) which was good enough for a seventh place tie; her second round score was one shot off of her career low.

The RiverHawks will have a week off before playing on Oct. 2-3 at the Central Oklahoma Classic in Edmond.