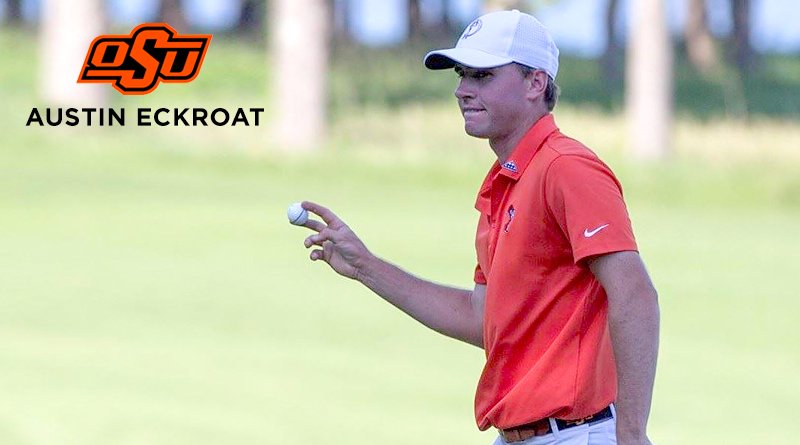 LA QUINTA, Calif. – Oklahoma State’s men’s golf team rose five spots into eighth place at The Prestige presented by Charles Schwab after carding a 6-under 278 during its second round at the Greg Norman Course at PGA West.

Through 36 holes at the par-71, 7,100-yard layout, the Cowboys stand at 1-over 569 and one shot behind Oregon State. OSU will begin tomorrow’s final round just five shots out of third place. Texas stands at 554 and leads by five shots with 18 holes remaining.

OSU’s Austin Eckroat vaulted 22 spots into a tie for ninth place after carding a 67 to move to 3-under 139. The Cowboy junior started his round on the back nine and turned in a bogey-free opening nine that included birdies at the 12th and 18th holes. After posting a birdie at the first, Eckroat erased a double bogey at the second with birdies at Nos. 3 and 5. He added his sixth birdie of the day at the eight to come home in 2-under 33.

Senior Ferdinand Müller shaved three shots off an opening 73 with a 70 during his second round to climb 10 spots into a tie for 28th place at 143.

Sophomore Rasmus Neergaard-Petersen’s 69 on Tuesday jumped him 14 spots into a tie for 40th place at 144.

Freshman Brian Stark tallied his second consecutive 72 to stand among the group at 144.

Sophomore Aman Gupta posted a 72 as well, giving him a 146 total and tying him for 49th place.

The Cowboys will begin their third round tomorrow at 7:30 a.m. (PST) and will be grouped with Oregon State, SMU and Texas Tech.

Live scoring is available at golfstat.com. The final round will be live streamed as well at Golfweek.com/Prestige2020.