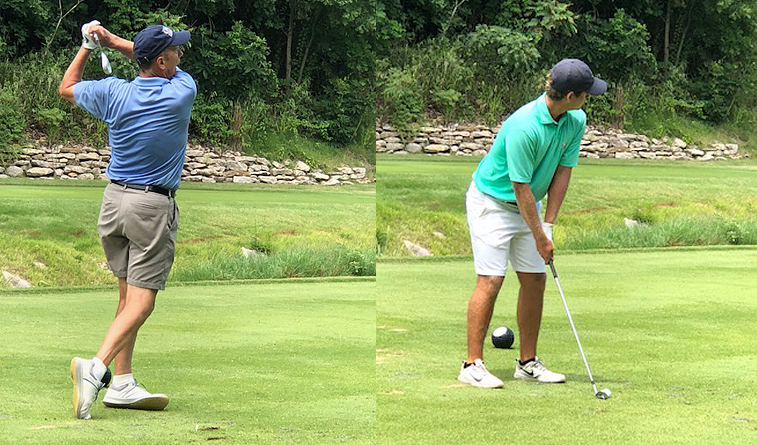 The result was the same, as both advanced to the semifinals of the Oklahoma Golf Association State Amateur Championship at The Patriot Golf Club Wednesday.

Eckroat, from Edmond and a rising sophomore at OSU, made a slew of birdies and the occasional eagle in 5 and 4 victories over Max Roberts and Trae Elias. He was 7-under par through seven holes against Elias, a member at The Patriot.

Wood needed a 16-foot birdie putt on the 18th hole to edge Oral Roberts University golfer Jack Howes in his morning match 1 up, then came back from two down through 11 holes to defeat 59-year-old Mike Hughett 2 up in the quarterfinals.

Wood will meet Cody Burrows of Chickasha, the 2017 runner-up to Brendon Jelley. Burrows, who will be a senior at ORU, rolled to a 6 and 4 win over Southern Nazarene senior Rhett Bechtel, then won 3 and 2 over Hudson Hoover of Sapulpa in the quarterfinals.

Facing Eckroat will be Brady Richardson of Tulsa, who edged Austin Enzbrenner of Owasso 2 and 1, then nipped McCain Schelhardt of Edmond and UMKC 1 up. Richardson won the 2017 OGA Stroke Play Championship.

Semifinal matches begin at 8 a.m. with the championship match at 12:30 p.m.

Hughett had Wood on the ropes after taking a 2 up lead on the front nine, matching Wood’s birdie on the par-5 10th,  and had a short birdie putt on the par-3 11th to go 3 up. He missed, then hit drives into the woods on the next two par-4s to allow Wood to tie the match on hole 14. Both players birdied the par-5 15th hole, then Wood drained an eagle putt on 16 to take the lead.

After both made par on 17, Hughett hit his drive right on the par-4 18th and was unable to clear the gulch on his second shot. Hughett has won 21 Oklahoma Golf Association titles, the most of any player.