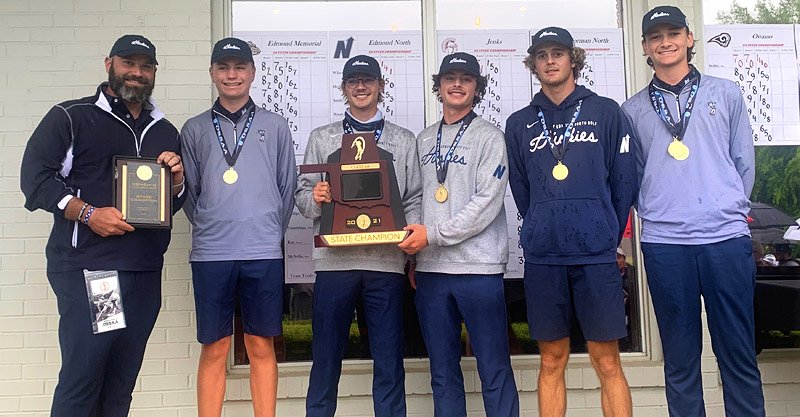 Edmond North capped an unbeaten season with its 14th state champoinship in the last 16 years as the final round of the Class 6A state championship at Forest Ridge Golf Club in Broken Arrow was canceled due to heavy rains.

Ben Stoller of Owasso is the new individual champion, edging 2019 champion Jordan Wilson of Edmond North by a shot. Stoller was at 4-under after shooting consecutive rounds of 2-under 70 during Monday’s 36 holes. Wilson shot 71-70 to finish a shot behind at 3-under.

Jenks finished 14 shots behind Edmond North in the team race at 607, paced by James Parsons and Sam Morris at 150.

Players were called off the course without completing the front nine before noon as heavy rains moved in the area.

Stoller said he was disappointed the final round was rained out but thrilled to be the state champion.

“It was a big goal of mine coming in,” Stoller said. “My coach (Corey Burd) has been giving me grief all year for not pulling out these tournaments, so I picked a good time to pull one out.”

Looking back at his round Monday, Stoller said a key was when Burd talked him into hitting his second shot over trees on the dogleg right par-5 fifth hole, leading to an easy birdie instead of a punch out. Also a 20-foot uphill sliding putt he made on the eighth hole after shanking his tee shot.

Wilson, who will continue his career at Oklahoma State, said the team victory was “not the way we wanted to do it, technically. But the team this year just kept winning and winning. We got to regionals and we were 10-0, so we said we’ve just got one more to go. And we got it done, so that’s awesome.”

The decision to cancel the final round was made after consultations between Forest Ridge head professional J.J. Belcoff, the team manager for the event who this year is Edmond Santa Fe coach Mike Stolz, and David Glover, who manages golf for the Oklahoma Secondary School Activities Association. Coaches and superintendent John Babe were consulted.

“I hate it that those kids weren’t able to finish,” Belcoff said.

Heavy rains persisted at the course until past 2 p.m., at which time many of the greens were underwater and large areas of standing water were pooled on several holes.

“It’s unfortunate, but it was the right decision,” said Owasso coach Corey Burd, who had watched Stoller play his first seven holes in 1-over par before the delay. “Ben is a competitor and he wanted to play. But you would have had areas out there where to take relief you would have had to go 20, 30 yards back on certain holes.” 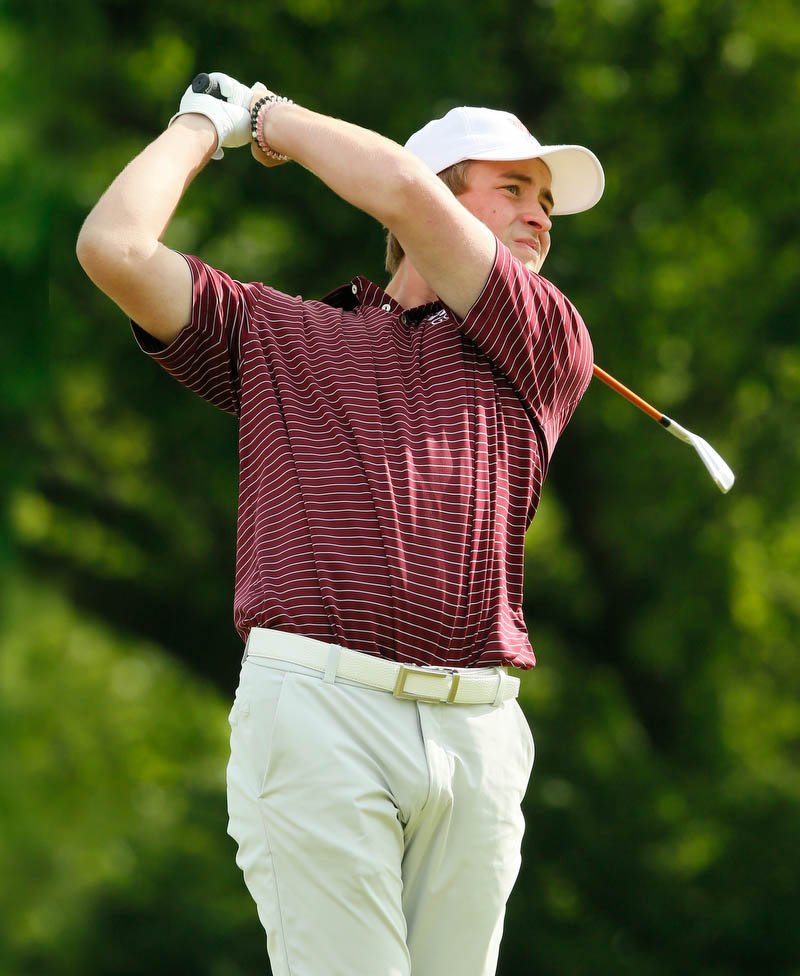 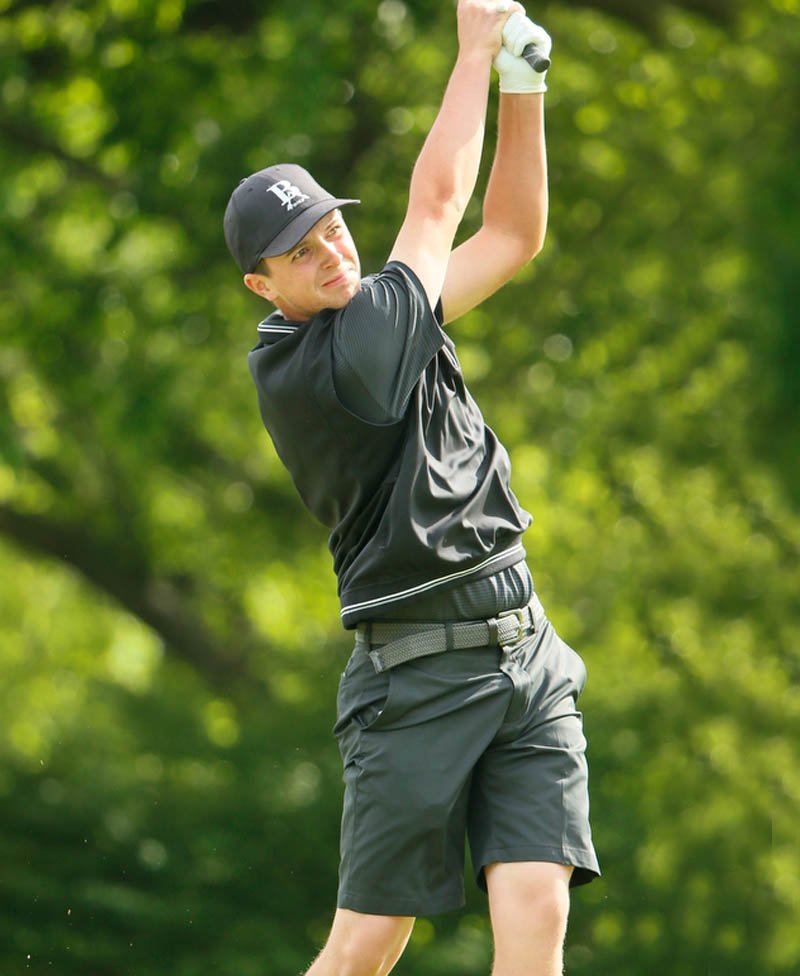 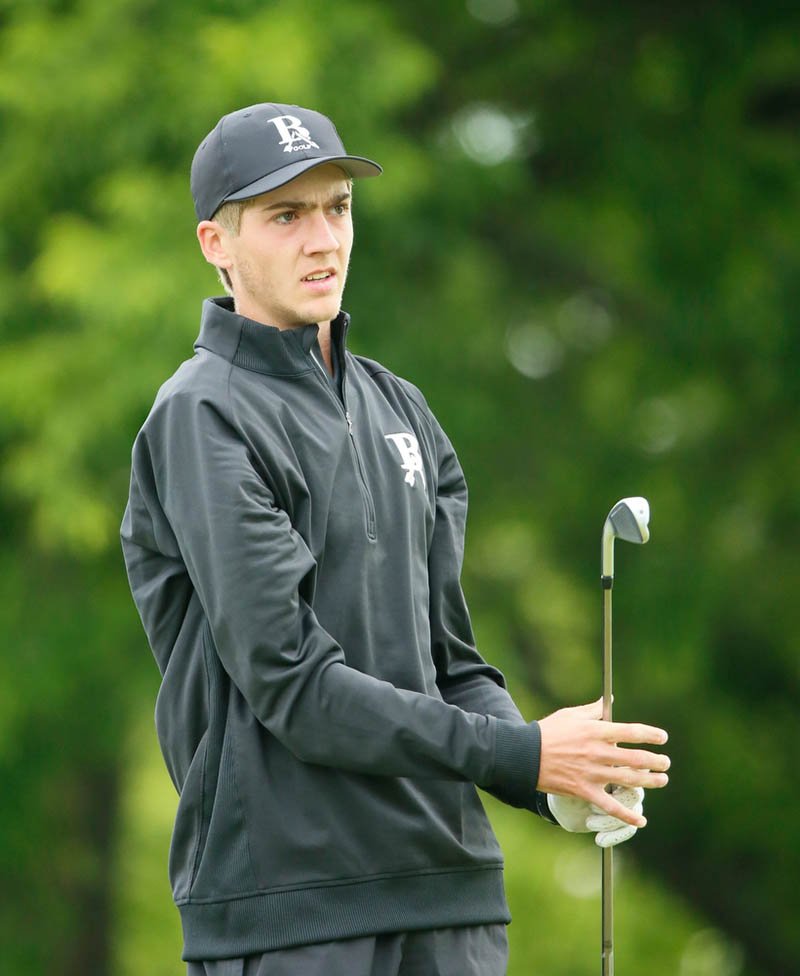 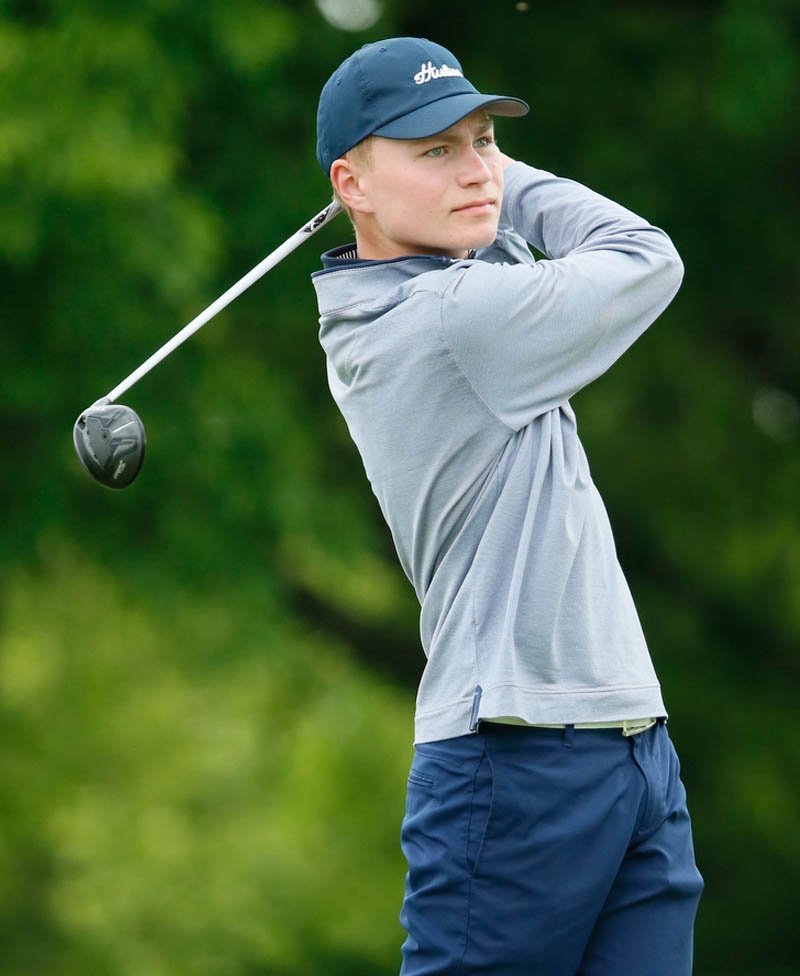 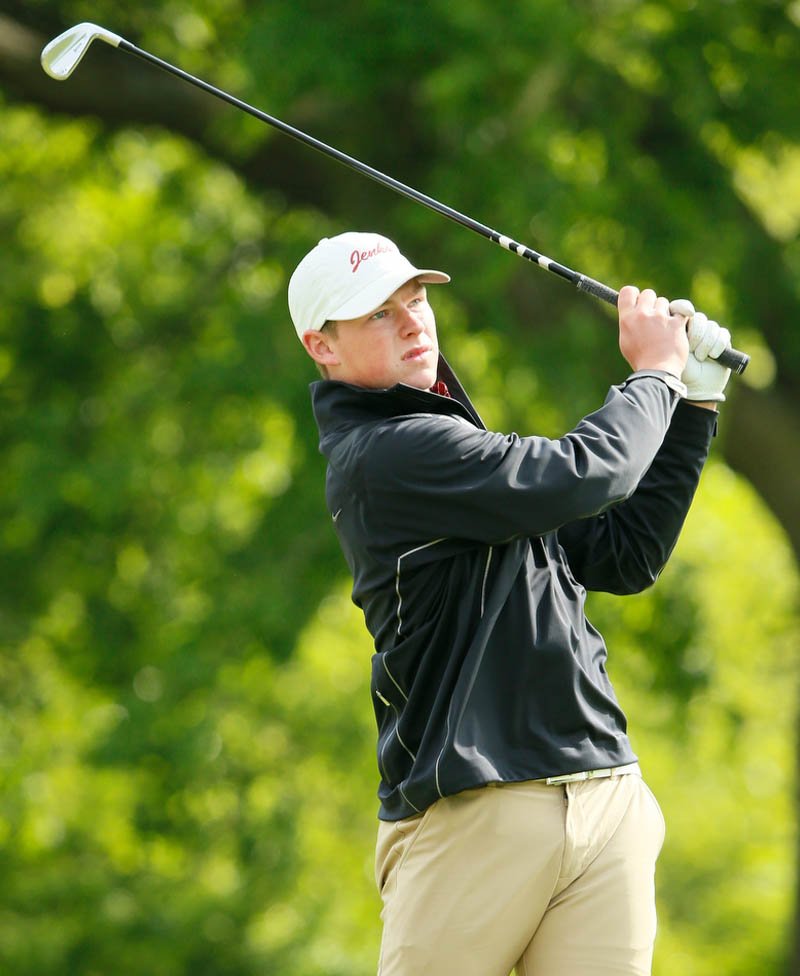 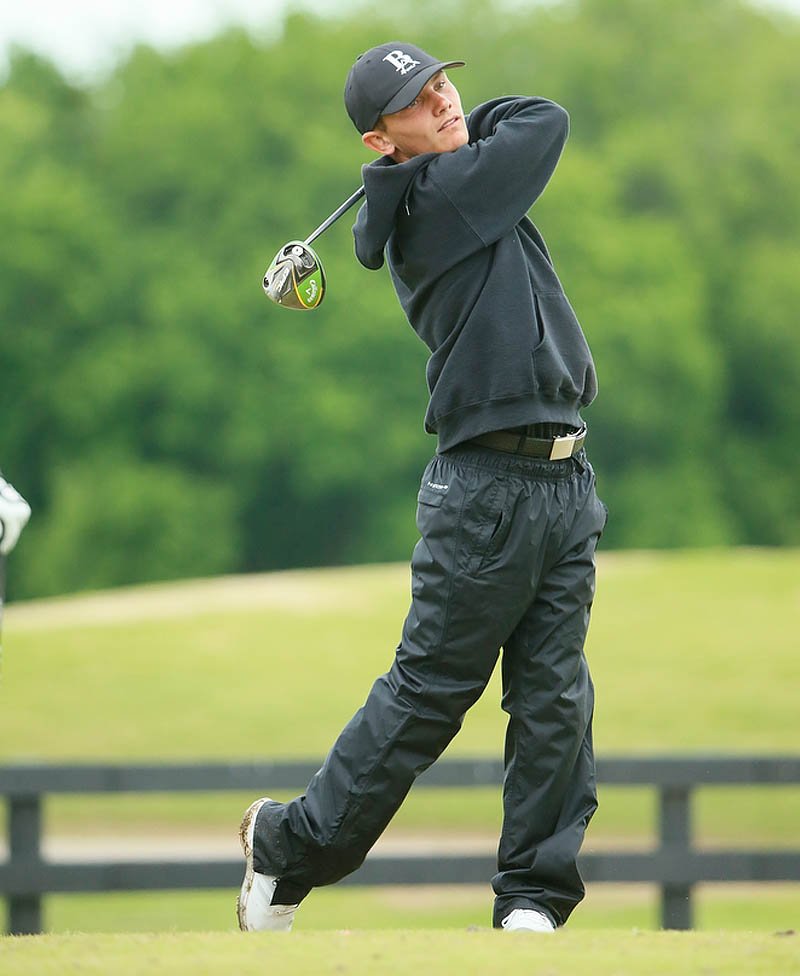 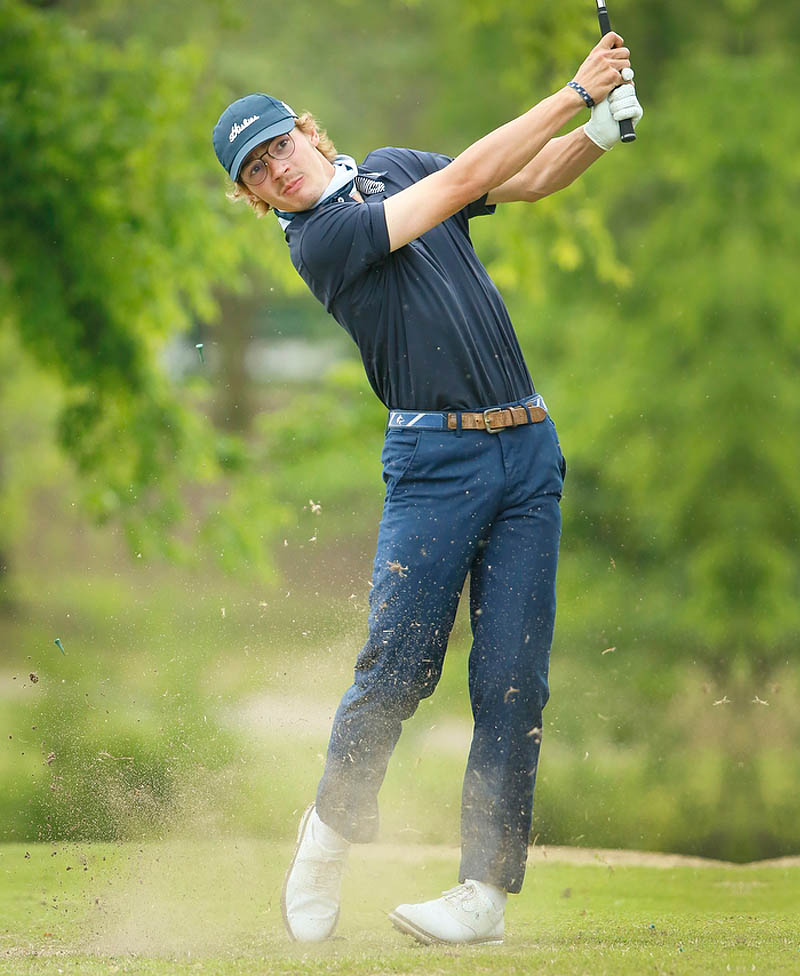 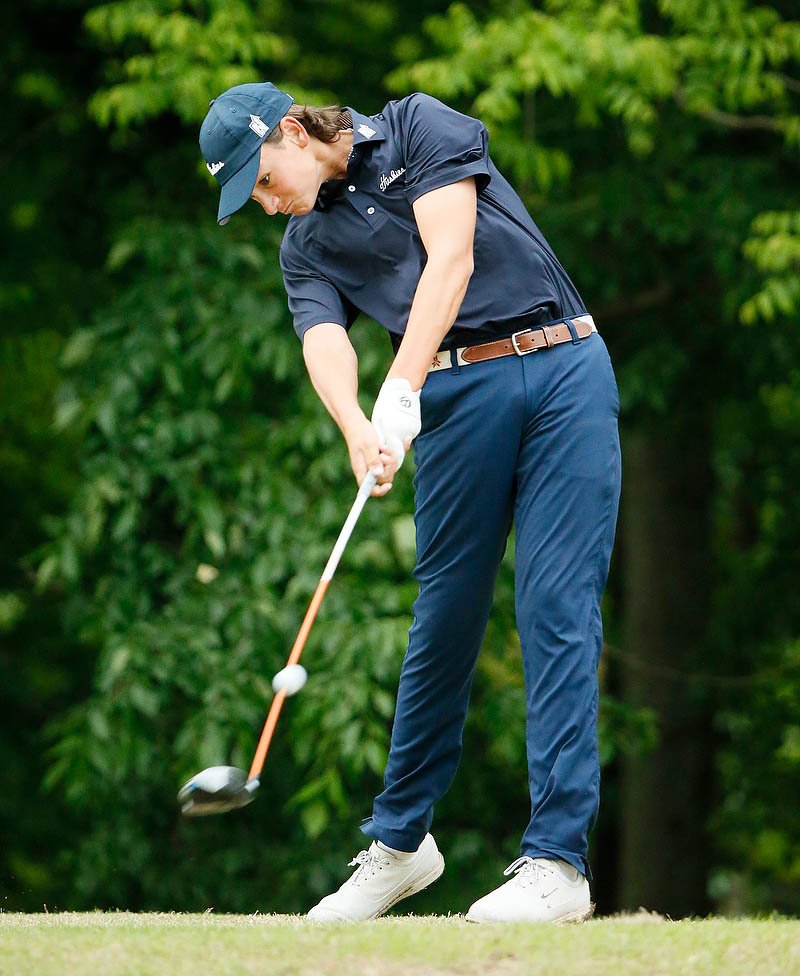