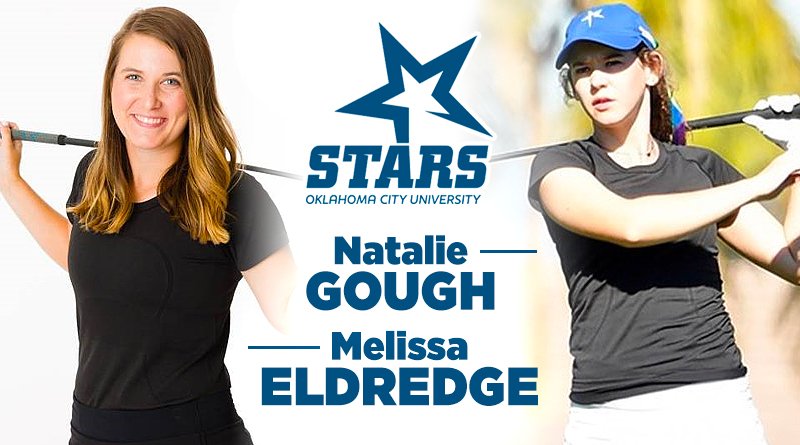 Eldredge entered an exclusive group of four-time all-Americans, while Gough picked up her second all-American nod.

Eldredge, a senior from Eufaula, Okla., produced 77.00 shots per round, two top-five finishes, three top-10 finishes and 33 birdies in 2019-20. Eldredge posted her fourth career sub-70 round with a 69 in the Missouri State/Payne Stewart Memorial on Sept. 9 in Springfield, Mo. Her career stroke average (76.92) ranks fifth in OCU history. Eldredge, who will return to the Stars for a fifth year of eligibility, has previously become two-time NAIA Championships all-tournament, a four-time all-SAC performer, the 2019 SAC player of the year and conference individual champion.

Gough, a sophomore from Bixby, Okla., supplied the Stars with a 76.53 scoring average, four top-10 finishes, 38 birdies and one eagle this season. Gough carded her best round of 36-31–67 and matched the program’s top score against par (5 under par) on the way to her first career victory in the Southwestern Christian Invitational on Sept. 23-24 at Lake Hefner Golf Course in Oklahoma City. Gough owns 2020 SAC golfer of the year, two all-SAC nods and 2019 league freshman of the year.

Oklahoma City accumulated two victories and four top-five finishes in seven starts this season. The Stars held one of the top eight spots in the NAIA rankings throughout 2019-20.