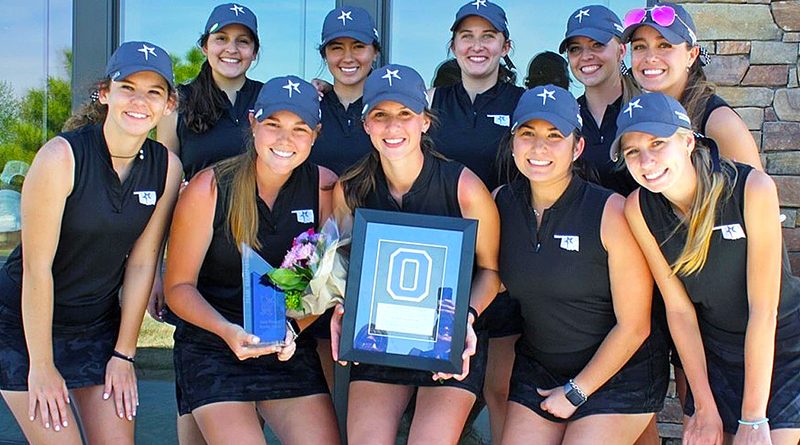 OCU concluded the regular season. The Stars play their final three tournaments at Lincoln Park. Next up will be the Sooner Athletic Conference Championships on April 19-20, when OCU seeks its 16th SAC championship at Lincoln Park.

Eldredge delivered a 74-71–145 to tie for second place. Eldredge finished with eight birdies after sinking five Tuesday. Two of her birdies came on par-5 holes – the 451-yard fifth hole and 500-yard seventh hole.

OCU’s Natalie Gough, a freshman from Bixby, Okla., shot a 74-72–146 to tie for fourth place. Gough knocked in six birdies, including four in the last round. Lauren Behnken compiled a 76-72–148, good for a tie for seventh. Behnken, a freshman from Tulsa, Okla., drained six birdies.

OCU entered an additional team in the field and finished fourth with a 318-306–624. Rachel Eckert, a freshman from Bixby, Okla., amassed an 80-73–153 to propel the other team, which finished eight shots better than 16th-ranked William Penn (Iowa).