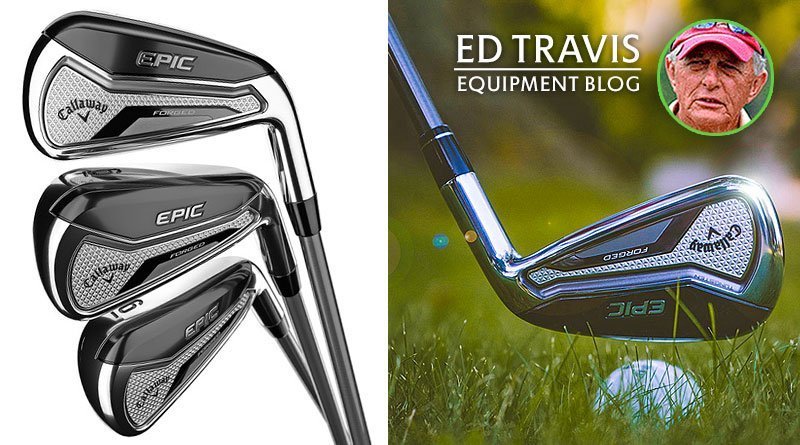 The original Callaway Golf Epic irons released in the spring of 2017 had something of a “concept car” approach with several features that were at the forefront of iron technology. The cast heads had a tungsten weight positioned low towards the sole, the hosel was hollow and they gained the reputation of hitting the ball a long way. Less favorable feedback however was especially the short irons weren’t consistent distance-wise as they needed be.

This year’s replacements tagged Epic Forged do not have cast heads and Callaway hopes they will not only correct the shortcomings of the old ones but provide a breakthrough in game-improvement ultra-premium price irons. They fit neatly into the slot between Callaway’s players-distance category Apex 19s and their super game-improvement Big Berthas becoming the latest game-improvement irons with forged heads to target golfers in the 6 to 20 handicap range.

They have a number of interesting features starting with the looks which are very clean with a well-proportioned hollow clubhead in a bright finish (Callaway calls it Platinum Chrome) of the 1025 carbon steel head.

The upmarket placement of the Epic Forged irons includes as stock the Golf Pride Tour Velvet Align Silver grip and a choice of stock shafts. In steel it’s the Aerotech Steelfiber Flight Control series designed for the slower swing speed player and in graphite the Mitsubishi Tensei AV Silver with a mid-launch, mid-spin profile.