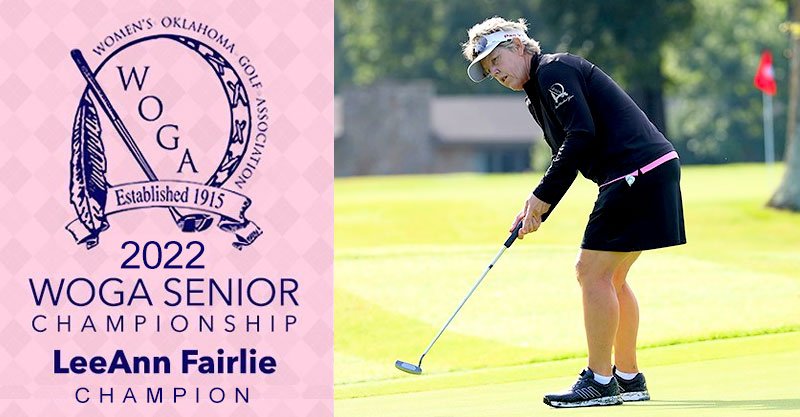 LeeAnn Fairlie shot 81 to edge Leigh Ann Fore by a single shot and win the Women’s Oklahoma Golf Association Senior Championship at Oakwood Country Club in Enid. The tournament was shortened to 18 holes after play was rained out Tuesday.

Fore was second at 82, while Janet Miller was another shot back at 83 and Chrissy Bagwell finished fourth at 84.