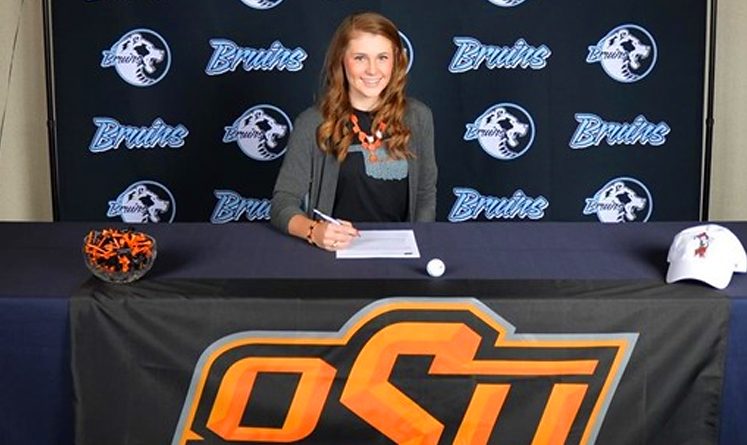 “Faith is a tremendous person and athlete,” Jones said. “She excels on the golf course, in the classroom and is a leader in her community. She comes from a great family and has the core values we look in ladies joining our program. It is always my goal to attract the top-athletes in the state with an ability to make an impact on our team and Faith is exactly that.”

Last season for Bartlesville, Hopkins won the Owasso Invitational and the Class 6A state preview tournament thanks to a 3-under 69 at the Ponca City Country Club. She followed that up with a victory in the 6A East Regional Tournament at Broken Arrow Golf Club, which helped her win the Tulsa World’s Spring Sport Athlete of the Week.

During postseason play, Hopkins finished second at regionals capped her season by tying for fifth at the 6A state tournament.  In May, Hopkins was top vote getter in the All-NEOK Area Golf team poll. On the national stage, Hopkins was medalist in the USGA Four-Ball Qualifier this past September and finished 3rd at the AJGA Junior Oaktree.

She excels off the golf course as well, a member of National Honor Society, Captain of Fellowship of Christian Athletes, Special Olympics Coach, City Youth Leadership Team and recognized to the 2017 TransAmerica Scholastic Honor Roll.

The Cowgirls wrapped up fall play in October, but will return to the course at the Northrop Grumman Regional Challenge on Feb. 11 in Palos Verdes, California.