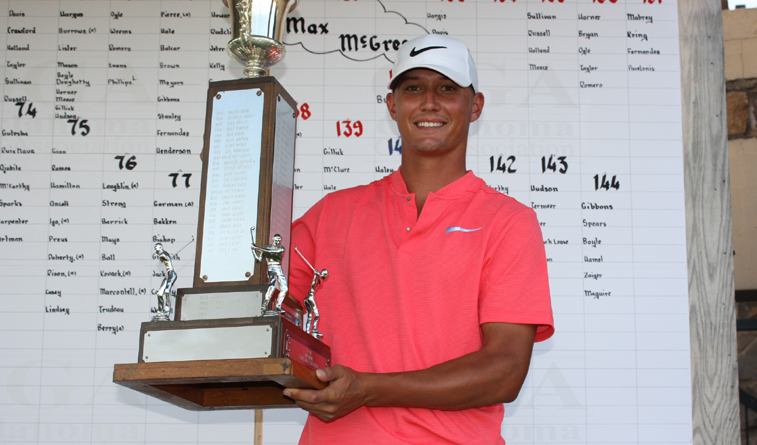 Former University of Oklahoma standout Max McGreevy of Edmond has a one-shot lead heading into the final round of a second-state Web.com Tour qualifying event in McKinney, Texas.

The top 20 and ties will advance to the third stage Dec. 7-10 at Whirlwind Golf Club in Chandler, Ariz. McGreevy is 18-under through 54 holes after rounds of 64-69-65, one shot ahead of Sam Burns of Shreveport, La.

Former Tulsa players Matt Mabrey and Chris Worrell both missed advancing in a qualifier at Highland Oaks in Dothan, Ala. Results here.