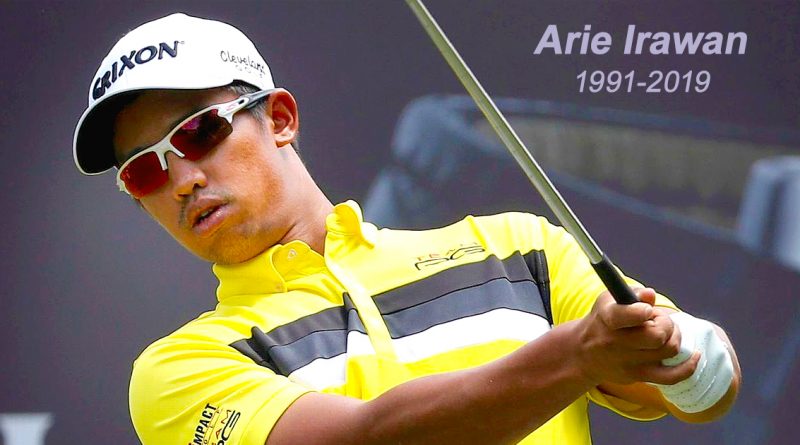 Irawan was in China competing in PGA TOUR Series-China’s Sanya Championship, where he missed the 36-hole cut but had remained on-site.

As a teenager, Irawan left Malaysia to attend The University of Tulsa on a golf scholarship, in 2008. He played all four years for the Golden Hurricane, was a member of the Conference USA All-Freshman team and was an Academic All-American during the 2010-11 school year. He graduated with a degree in management information systems.

Irawan was staying at the Sheraton Sanya Resort across the street from Yalong Bay Golf Club, site of this week’s tournament. His roommate, American Kevin Techakanokboon, who had already awoken and was getting ready for his final round, noticed Irawan was unresponsive in his bed. Techakanokboon called fellow player Gunn Charoenkul, who came to the room. American player Shotaro Ban also arrived and immediately began administering cardiopulmonary resuscitation, while Charonekul’s wife, Vichuda, fluent in Mandarin, called local emergency services. After 45 minutes of continued revival efforts, medical personnel pronounced the 28-year-old dead.

“This is just a terrible tragedy that affects all of us who are part of a very tight-knit family here in China” said Greg Carlson, PGA TOUR Series-China Executive Director. “Arie played with us in 2018, his first full year on our Tour, and I know he was excited about this season as he continued his professional golf pursuits. We are incredibly saddened by this news, and we extend our sincere condolences to his wife and family.”

Irawan was close with Techakanokboon, the two often rooming together. After missing the cut at the 2018 Zhuhai Championship, Irawan volunteered to serve as Techakanokboon’s caddie on the weekend, helping lead Techakanokboon to his first PGA TOUR Series-China victory. Following the win, Techakanokboon credited Irawan for steadying him and assisting him during the triumph.

“He was just an incredibly popular player, well-liked by fellow players and staff,” Carlson continued. “The fact he would caddie for his friend like he did in Zhuhai typifies the kind of guy Arie was. His smile brightened whatever room he was in, and everybody liked being around him. This is a significant loss for so many of us and for our Tour.”

Irawan, a native of Kuala Lumpur, made his PGA TOUR Series-China debut in 2016, at the Clearwater Bay Open in Hong Kong. A year ago, he played his first full season, appearing in 10 tournaments and recording one top-10 finish, a tie for fourth at the Guilin Championship. He earned full 2019 status by finishing inside the top 50 on the 2018 Order of Merit. He had missed the cut at the season-opening Chongqing Championship prior to missing the cut this week.

Irawan is survived by his wife, Marina, his parents, Ahmad and Jeny, and his sister, Wan Edna. Memorial services are pending.

His University of Tulsa bio

Other – Captured the Malaysian Amateur Stroke Play Championship in 2008 . . . sank a 30-foot putt on the first playoff hole in a five-man playoff to qualify for the 2008 US Amateur . . . placed second overall at the Faldo Series Malaysia Championship in 2006 and 2007 . . . won medalist honors at the Perak Amateur Open in 2007 . . . finished in seventh-place at the Selangor Amateur Open, second at the TSM Golf Challenge and third at the Sabah Amateur Open in 2008.