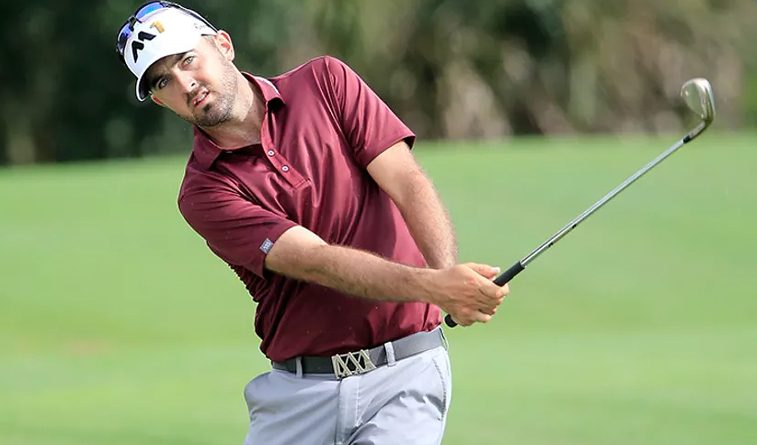 Gibson fired a 5-under-par 67 in the final round at Sandals Emerald Bay to finish at 8-under 280 for the four-round event. Sungjae Im of South Korea won the tour’s season-opening event at 13-under, with Carlos Ortiz of Mexico second at 9-under.

An Oklahoma Christian Athletic Hall of Fame member, Gibson went on one of his familiar birdie tears to start Wednesday’s round and was 5-under for the round after only six holes. The 31-year-old Australian who now lives in Edmond cooled off a bit on the back nine, bogeying the par-3 No. 11 before closing with a birdie on the par-5 No. 18.

The 67 helped Gibson rebound from a rough third round, in which he shot 4-over 76 to fall into 19th place. He opened the tournament with rounds of 69 and 68.

The top-three finish was the fifth in Gibson’s career on the Web.com Tour, which he began playing in 2015. It was his first top-five finish since last July, when he tied for fifth in the Nashville Golf Open in Tennessee. He now has eight top-five and 11 top-10 finishes on the tour.

Gibson is seeking to earn his way back onto the PGA Tour, which he played in 2016 after finishing fourth at the 2015 Web.com  Tour Championship. The top 25 on the Web.com Tour’s regular-season money list will receive PGA Tour cards for 2019, as will the top 25 during the Web.com Tour’s four-tournament postseason.