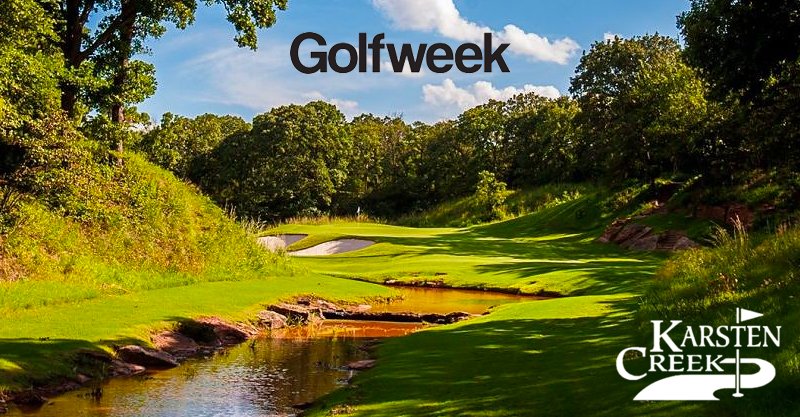 Golfweek Magazine has come out with its annual course ratings issue which ranks the Top 100 Classic (pre 1960) and Top 100 Modern (1960 through the present) as well as the top courses golfers can play in the country and in each state.

In Oklahoma, Southern Hills Country Club in Tulsa is ranked 36th on the Top 100 Classic list, down from 32nd in 2019, which just tells us that not enough Golfweek raters have visited since the massive restoration by Gil Hanse was completed. It should easily be in the top 20.

In the Top 100 Modern list, our state has three entries: Oak Tree National in Edmond at 42, Karsten Creek in Stillwater at 76 and The Patriot in Owasso at 95.

Among the list of state courses you can play, Golfweek ranked 1-5 as Karsten Creek, Jimmie Austin OU Golf Course, Chickasaw Pointe, Shangri-La Resort and Cherokee Hills. Add Forest Ridge Golf Club in there somewhere and you have a good starting list though there are many other great public courses and the state deserves more than five on its list.

In Missouri, three courses we played last week in and around Branson top the new in-state rankings. Ozarks National earning this year’s top spot following its grand opening last year. Directly following Ozarks National on the list is last year’s winner, Buffalo Ridge at Big Cedar Lodge, which is now ranked the second-best course you can play in the magazine’s July issue. Branson Hills, the former Payne Stewart Golf Club, is No. 3 on the list, and Branson is also represented by Ledgestone at No. 7.

The Lake of the Ozarks area, also a popular destination for Oklahomans, was topped in the rankings by Old Kinderhook at No. 5.

Let us know what your top five public access courses in Oklahoma would be.