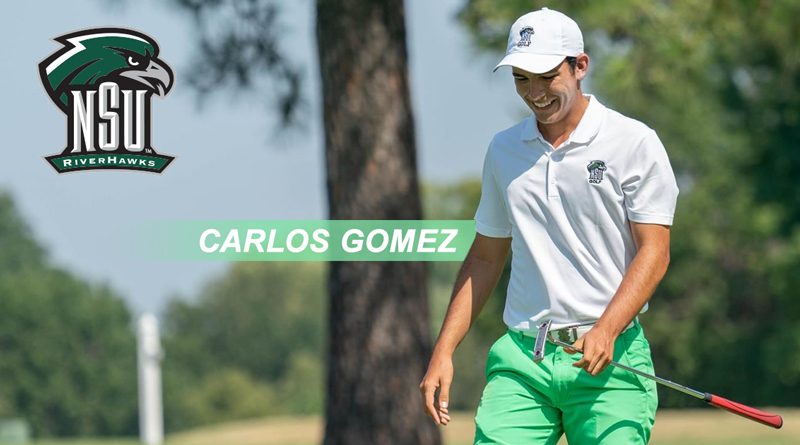 GOODYEAR, Ariz. – Carlos Gomez is six-under after two rounds of the Mustang Invitational on Monday after firing off a 139 (71-67) and is tied for ninth place overall.

The NSU freshman had a team-high ten birdies to lead the RiverHawks to a tenth place tie carding a 569 (286-283).   Northeastern State’s afternoon round turned out to be their second best of the year with the squad shooting five-under at the Palm Valley Golf Course.

Gomez’s second round matched his personal best for being under-par, which was at NSU’s home tournament in the fall where he shot a 66 on the par-71 Muskogee Country Club.

Jax Johnson was one-under after two rounds after carding a 143 (71-72) and landed the Tahlequah native tied for 33rd place.

Monday’s field is the largest NSU has faced all season with 23 teams competing.   Colorado School of Mines leads the field by two shots with a 21-under 555 score.   Western Washington’s Ethan Casto is the individual medalist leader carding a 132 and holds a one-stroke lead.

The RiverHawks will wrap up the tournament on Tuesday with a single round.