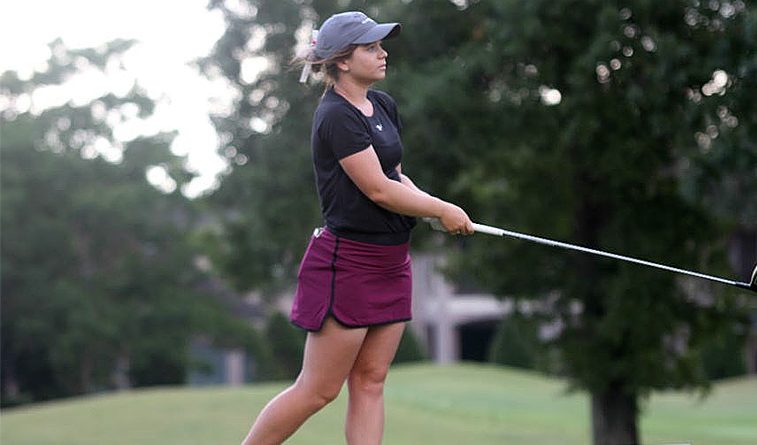 HOUSTON (May 19, 2018) – It’s always good to end a season on a positive note and that’s what Oklahoma Christian’s Kate Goodwin did Saturday in the final round of the NCAA Division II Championship.

The junior from Tulsa moved up three spots into a tie for 48th in the 72-woman tournament on the final day, shooting a 6-over-par 78 at Bay Oaks Country Club and playing even-par golf over her last nine holes of the 2018 campaign.

Goodwin’s overall total of 313 (25-over) tied for the fourth-best 72-hole score in OC program history. She became the second OC player to compete individually at the Division II Championship, joining former teammate Audrey Meisch (2016). Goodwin’s current teammate, Abigail Rigsby, qualified for the 2017 national tournament but was unable to play.

As was also the case with her first three rounds in the tournament, Goodwin struggled early, then steadied herself over the final holes on the 6,190-yard course. She opened with a double bogey at the par-4 No. 1 and was 6-over at the turn, but birdies on the par-5 No. 11 and the par-4 No. 15 helped Goodwin shoot even par on the back nine.

Her appearance at the Division II Championship capped a memorable postseason for Goodwin, one in which she contended for the Heartland Conference Championship individual title until the final day, then shot a 2-under 70 on the final day to win the individual title at the Division II West Super Regional at Hillcrest Golf Club in Durango, Colo. That win qualified her for the national tournament.

Katharina Keilich of Indianapolis (Ind.) took the individual title, shooting 287 (1-under) for a two-shot win. Indianapolis had three of the top four individual finishers and ran away with the team title with a score of 1157, 38 shots better than runner-up California Baptist. OC’s Heartland Conference rival, Dallas Baptist (Texas), was third, one shot behind Cal Baptist.