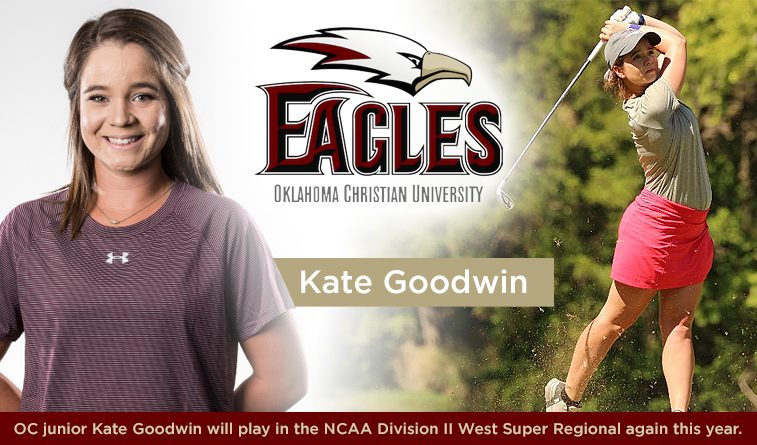 Goodwin was one of six individual players, along with 12 teams, chosen Monday to compete in the Super Regional, set for May 7-9 at Hillcrest Country Club in Durango, Colo.

It will be the third Super Regional trip in as many years for Goodwin, a junior from Tulsa who also was a part of OC’s qualifying team in 2016. She and current teammate Abigail Rigsby each made the Super Regional field last year as individuals. Rigsby would have been in this year’s field, if not for a season-ending injury she suffered earlier this month.

Goodwin has a scoring average of 76.52 over 25 rounds, which ranks 13th in the Heartland Conference and 87th in Division II. She has posted five rounds at par or better in 2017-18, including one in each of her last three events, and finished in the top five in three events.

“We are very excited that Kate has been chosen to play in the Super Regional,” OC coach Greg Lynn said. “To see her rewarded for her hard work this season is extremely satisfying. We know she can compete with the best players in the country and certainly has the ability to qualify for the finals.”

Whitting, a freshman from Perth, Australia, ranked No. 2 for individuals in the West Super Regional.