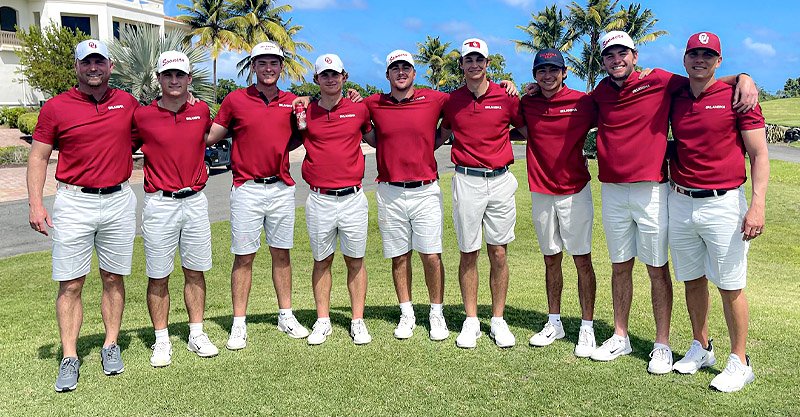 “Just a great week all around for us,” Hybl said after the win. “We have been excited just to get back on the road and this group has great chemistry. We had some great rounds all week long and we knew we had to keep the pedal down today. There’s nothing better than having the low final round and we’ll keep building from there.”

The top-ranked Sooners posted a 54-hole score of 805, tied for the lowest score in program history. The 805 was powered by a program-record 80 birdies and led to a school-record 59-under score vs. par, shattering the previous program-best score of 48-under by 11 strokes. Hybl’s team matched its opening-round score of 268 in the tournament’s final round Monday to erase a four-shot deficit and knock off No. 12 Georgia by six strokes.

Gotterup’s win marked his second consecutive as the top-ranked player in college golf won the East Lake Cup last fall. The Little Silver, N.J., product’s 20-under score vs. par is the second lowest in OU history, trailing only Abe Ancer’s -21 at the 2011 Desert Shootout. In addition, his overall score of 196 made him the sixth Sooner all-time to break the 200-stroke mark – all six players have competed under Hybl.

“Chris played amazing all week just like he has been back home,” Hybl added. “We’re so proud of him for winning this week and securing the PGA Tour spot in two weeks down here on this course.”

True freshman Drew Goodman (T9, -13) posted his second-career top-10 finish by carding back-to-back rounds in the 60s in the final two rounds. With his strong week, the Norman product lowered his season stroke average to 71.69, which would be the third lowest for a freshman in school history.

Senior All-American Logan McAllister (T16, -11) signed for a 65 (-7) Tuesday to jump into the top 20 on the leaderboard, claiming a share of 16th and his 15th career top-10 finish. McAllister hasn’t placed outside the top 20 in any event this season.

It’s the first time in school history that four Sooners shot 11-under par or better for a 54-hole tournament.