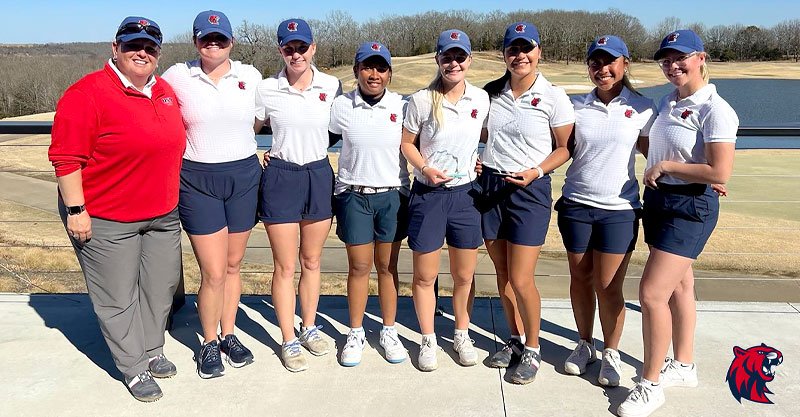 “I am extremely proud of the team and their performance this week,” said head coach Whitney Hocutt. “They have been capable of this, and put two great rounds together. The greens were tough and the ladies mentally overcame this obstacle. Everyone fought for every shot and minimized mistakes, which we have been working hard to do. I am very proud of them and cannot wait to see them compete the rest of the season. Overall, this was a great week as a team. Thank you to Cypress Creek and Harding University for hosting this week.”

Green shot rounds of 74-72 to finish at 2-over 146, a shot behind winner Lynn Thornqvist of Missouri-St. Louis, who was playing unattached. Green’s teammate Lydia Sitorus was two shots behind in third at 148 after rounds of 72-76. RSU’s Kristin Gudmundsdottir, playing individually, placed fifth at 151.

Marelda Ayal and Raquel Flores finished in a group of six tied at 16th with performances of 156 (+12). Jaelynn Unger rounded out the group in a four-way tie for 25th after shooting 158 (+14).

The Hillcats will be back in action on Monday, March 14 as they return home to host the Hillcat Classic in Owasso, Okla. at Bailey Ranch Golf Club.