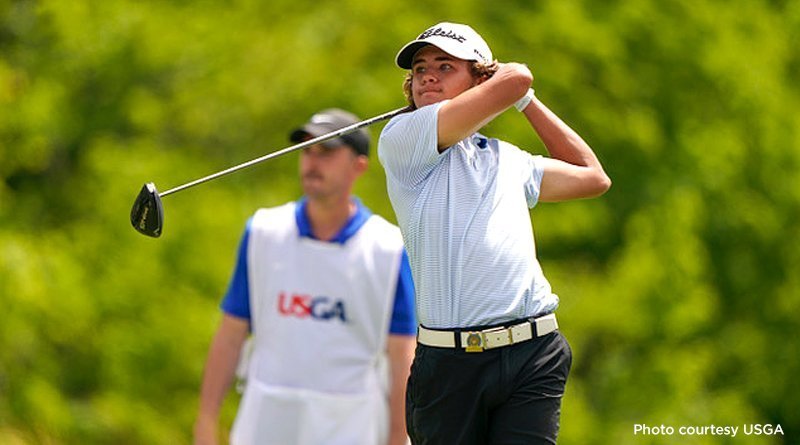 Guthrie’s Luke Morgan, who survived a playoff to earn one of the final spots for match play in the 2019 U.S. Junior Amateur Championship at Inverness Club in Toledo, Ohio, was eliminated in the first round of match play by one of the nation’s top amateurs.

Morgan fell 4 and 2 to Akshay Bhatia of Wake Forest, N.C. Bhatia, one of the top-ranked amateurs in the country, the runnerup in this event in 2018 and the 2018 PGA Junior champion, has already announced he will skip college and turn professional.

All three players completed 36 holes of stroke play at 4-under-par 138, and Moll, of Houston, Texas, drew the No. 1 seed in match play. The 18-year-old won the first two holes against Josh Bartels of Lincoln, Neb., on Wednesday and went on to a 5-and-3 victory. Moll, who is competing in his first USGA championship, hit his approach shot on the par-4 10th hole to 8 feet and drained the putt to kick-start a streak of three straight winning holes that sealed his win.

Morgan, who won the individual Class 5A state championship in May while leading Guthrie to the team title, shot rounds of 77-73 in the stroke play portion Monday and Tuesday to tie for 58th and make the field for match play.

Round of 64
(Upper Bracket)