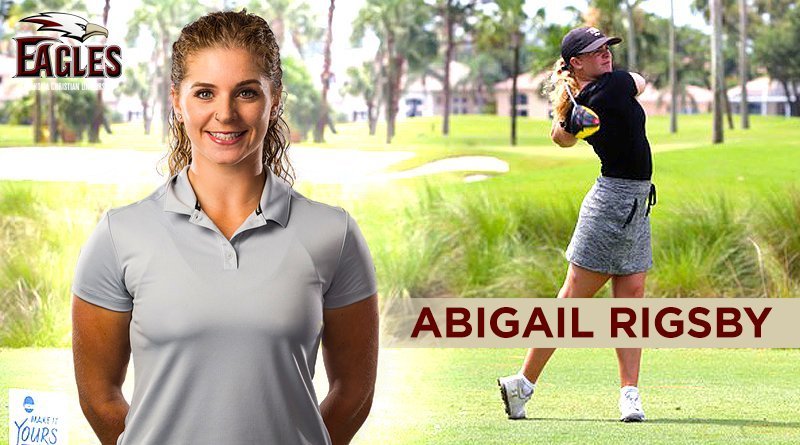 Will a woman compete in the Oklahoma Open for the first time in its 104-year history? We will find out Aug. 15 when Oklahoma Christian University senior Abigail Rigsby competes in a qualifier at Oak Tree Country Club West Course.

The Open is scheduled Aug. 22-24 at Oak Tree CC East Course, extending a mostly continuous run that began in 1910 and has missed five years for World War II and the Korean War.

Mark Felder, director of the Oklahoma Golf Association which runs the Open, said to the best of his knowledge Rigsby would be the first female competitor if she makes it through qualifying.

“I think it would be fantastic,” Felder said. “We’re going to be pulling for her.”

In 2018 amateur qualifying for the Open, 15 of 33 entrants qualified, with the highest qualifying score being 75. Felder said he would not know how many entrants or spots will be available until the entry deadline.

Rigsby wasn’t looking to break any historical gender ground this summer. She decided to spend most of the summer in Oklahoma, joining Oak Tree National to work hard on her game in anticipation of a possible professional career following her senior season at OCU. She entered the Women’s Oklahoma Golf Association State Amateur Championship scheduled next week at Oak Tree CC, only to have her entry rescinded when it was learned she was not an Oklahoma resident, as her permanent address is still her home in Courtenay, British Columbia, Canada. WOGA will be reexamining its bylaws for the future, but in following its bylaws as written could not allow Rigsby to participate.

Oklahoma Christian women’s golf coach Greg Lynn called Felder to see if she could play in the men’s state amateur but those qualifiers were already closed. Instead, Felder told him to have her try for the Oklahoma Open, a professional event that is also open to amateurs.

“Its very exciting to see Abi make an attempt too qualify for the Oklahoma Open,” Lynn said. “Abi has tremendous talent and hits the ball far enough to actually qualify for the event.  Most importantly it will give her an opportunity to test herself and grow as a player both mentally and physically.  We are thankful the OGA is giving her that opportunity and welcoming her to compete.”

Rigsby, who has won three times as a collegian and been named an all-conference player each of her three years for the Eagles, can bomb the ball 275 yards or more off the tee with regularity and won’t be intimidated playing with men. She was the only girl on her high school team and won the first of three rounds of post-season play. She regularly plays with guys in practice rounds. She is also a fitness and weight lifting enthusiast and her strength is unquestioned.

“Length is one of the more advantageous parts of my game,” Rigsby said. “We play Oak Tree West a lot at about 6,600 yards (expected length for the qualifier) and I still have a lot of short irons and wedges for second shots. I may have to hit some hybrids or long irons on some of the par-3s.”

In some regular season college events typically played at about 5,800 yards, Rigsby doesn’t even get her driver out of the bag.

Now that she’s entered, she is excited about the opportunity to be a trailblazer.

“I thought it would be kind of cool to get my name out there,” she said. “I’ll be trying to turn pro after I graduate and this is a great opportunity. The goal will be to qualify.”