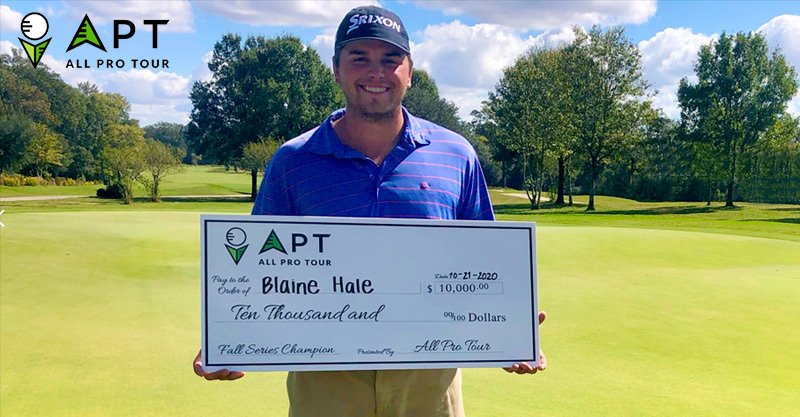 Former Oklahoma All-American Blaine Hale won for the first time on the All-Pro Tour, shooting 10-under and claiming the $10,000 first-place check at the Paragon Casino Classic at Tamahka Trails Golf Course in Marksville, La., one of the courses on the Audubon Golf Trail.

Matt Mabrey of Tulsa finished alone in sixth after he also shot 68 in the final round. Former OSU golfers Sam Stevens, who won three times and led the money list with over $101,000, finished tied for 15th at 1-under.