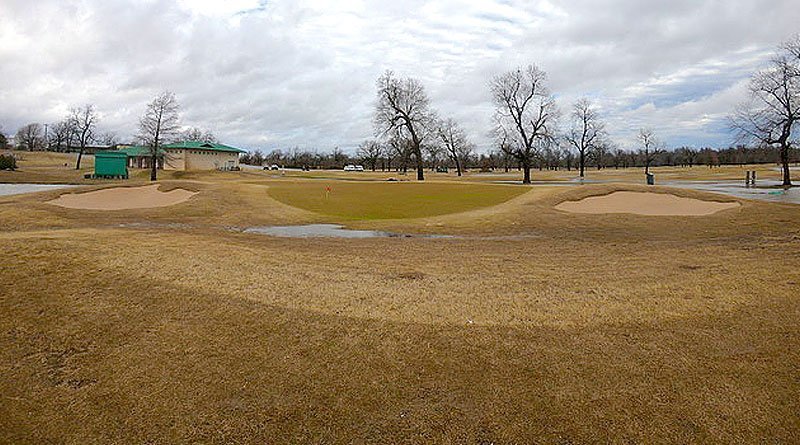 Students at the First Tee of Tulsa, and anyone else who practices at Mohawk Park, are now the beneficiaries of the good heart of golf architect Gil Hanse, who is currently completing a large restoration project at Southern Hills Country Club.

Hanse and his team including design partner Jim Wagner and the crew at Caveman Construction donated their time to design and build the bunkers, which are next to the large practice green at Mohawk Park just outside the First Tee of Tulsa headquarters.The bunkers mirror the rugged 1930s Perry Maxwell style that Hanse used in redesigning all bunkers at Southern Hills. They will also have the same modern Billy Bunker liners and use the same sand as Southern Hills.

“It’s going to be a tremendous asset for practice,” said Janice Gibson, executive director of the First Tee of Tulsa. “The kids are going to love it. It was very special of Gil and Southern Hills to donate this for the kids.”