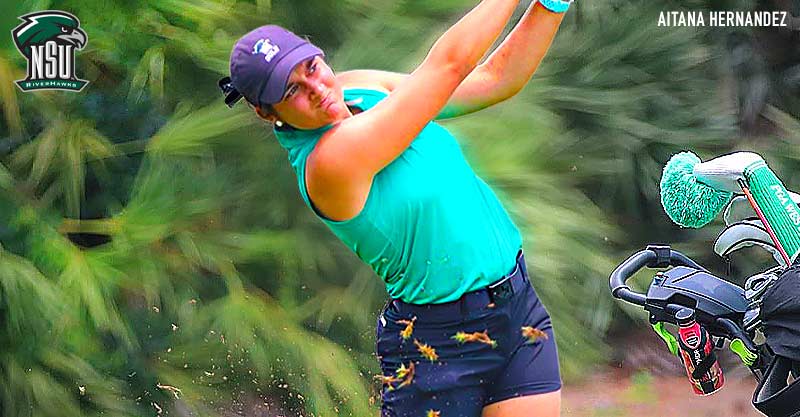 Aitana Hernandez shot an even-par 72 in the second round for NSU to tie for eighth, recording her 21st career top-10 finish.

“Scoring conditions were perfect, and the course was easy from tee to green, and it became a putting contest,” said head coach Scott Varner.  “It didn’t really reward good ball striking; we are a good ball striking team.”

True-freshman Hanna Lignell placed 12th shooting a 146 (74-72).  Her finish is the best tournament debut by an NSU freshman golfer since Hernandez placed, tied for sixth in the same event in 2018.