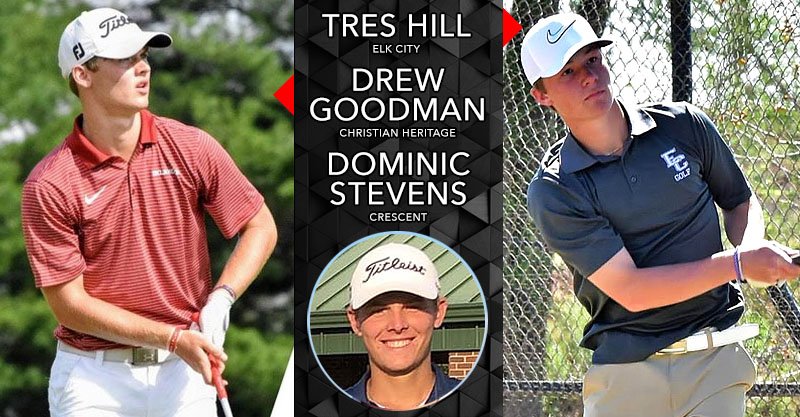 Results of all classes:

Tres Hill of Elk City and William Sides of Cascia Hall staged a brilliant duel in Class 4A, though they were never paired together.

Sides did get the satisfaction of knowing Cascia Hall ran away with the team championship, with Elk City in second 19 shots behind.

Goodman caps senior year with dominant win in Class 3A

Drew Goodman capped an 11-under performance with a 4-under 66 Tuesday to roll to a seven-shot victory over Ryder Cowan in the Class 3A Championship at Buffalo Rock Golf Course in Cushing.

Goodman also led Christian Heritage to a 61-shot victory over Oklahoma Christian in the team race.

Dominic Stevens of Crescent closed with a 70 to win the Class 2A state championship at Earlywine Golf Course in Oklahoma City by four shots over Connor Cryer of Tipton. Walters finished 36 shots ahead of runners-up Cashion.