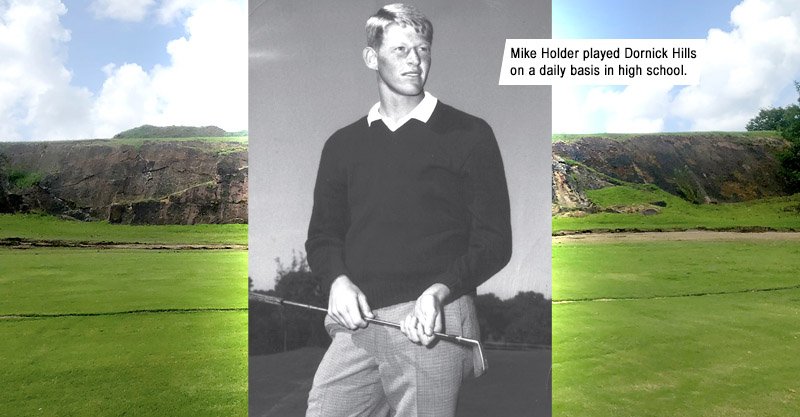 Here’s a sample of what you can find in our current issue. Pick up at your local course and subscribe today for the convenience of home delivery.

Mike Holder considered a young Tom Doak strongly when he was selecting an architect to design Karsten Creek back in the early 1990s, even though Doak had just one course to his credit at that time.

Though he eventually went with Tom Fazio, Holder has followed Doak’s career with interest as he blossomed into one of the world’s best known and most creative golf course architects, a critical student of all of the golden age architects and his contemporaries as well.

“I have a lot of admiration for Tom,” Holder said. “He’s like me, he’s a golf nerd. His is from the design aspect while mine was from playing. He was totally eaten up with golf and he still is. He’s put in the time, traveled the world and 30 years later he’s had a fabulous career.”

Before Holder went on to his Hall-of-Fame coaching career at Oklahoma State, and before he was recruited by Labron Harris, he honed his game for days on end on the slopes at Dornick Hills. His parents moved to Ardmore from Texas in 1961 and purchased a membership just so he would have the opportunity to play golf. He did that year round in all types of weather through 1966, when he left for Stillwater to play for Labron Harris at OSU.

Holder was thrilled when he learned last fall that Doak had volunteered to restore his beloved Dornick Hills. He called Doak to volunteer any information he could provide and drove down to spend a day going over the course.

“I probably literally spent about every day for several years at Dornick Hills,” Holder said. “The great memories I have were of it being primarily a great golf course, really challenging and difficult. It had some of the ultimate risk-reward holes and put a premium on ball striking.”

The greens during Holder’s time were slow and bumpy Bermuda. They were later converted to bent grass as the course underwent several renovations which Holder and many others considered largely misguided, taking away from the design characteristics of Perry Maxwell’s first course. Holder is beyond pleased to see them being restored.

“I was driving down Highway 70 and I glanced over to look at the golf course and had to pull off the road,” Holder said. “There was the (drivable par-4) 14th hole like I remembered. I went into the parking lot, hooked up with the course superintendent and made a beeline for 14. For not having any great photos, I think he’s brought it back to life and it’s extraordinary. I’ll be fascinated to see it when it’s completed.

Holder tried to drive the 14th green perched on the hillside every day for years and never succeeded. He also loves that the members allowed Doak to sacrifice the driving range to restore the first hole as it was.

“When you’re standing up on that elevated tee, you think every single person is looking at you and only you,” Holder said. “They want to see what your swing looks like, how far you can hit it. That hole was like a ski slope and I always measured myself relative to how far it could hit it and get up the other side. That was never the smart play, but that’s how I started every round. “

Although there are no detailed plans of the greens Maxwell designed in 1914, as far as locations, slopes, grade and surrounds, Holder has full faith that what Doak creates will honor the spirit of Maxwell, who is buried on the property.

“Everyone has to trust in Tom Doak,” Holder said. “In 2021, he’s as close as you’re going to get to a Perry Maxwell. He’ll not only know what Perry Maxwell did in 1914, but also how he might have evolved and changed and would do things in 2021.

“I commend him for caring about this golf course, for having a soft spot in his heart for Perry Maxwell and really commend him for doing this pro bono. How fortunate for all of us that share a love for Dornick Hills that Tom Doak made that offer.”

Will seeing Dornick Hills restored to its former glory inspire Holder to dust his clubs off and play for the first time in years?