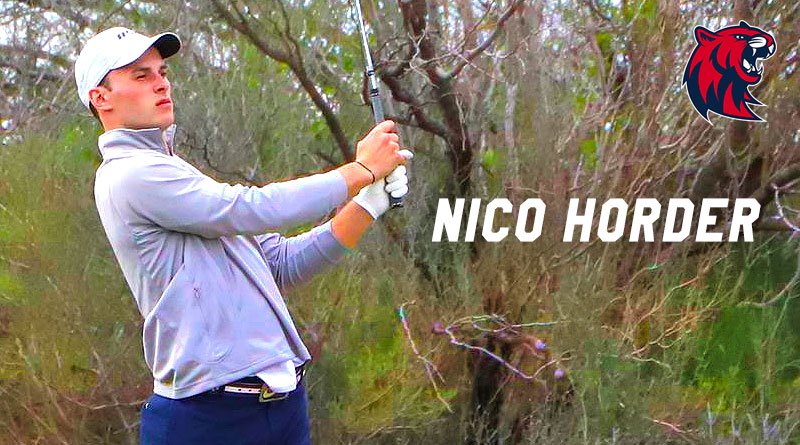 The Hillcats won the team competition by five strokes, defeating three ranked programs with a score of -6 for the event.

How It Happened: After entering day two trailing by one stroke, the Hillcats shot -8 as a team over the final round to come from behind and defeat 11 programs, including No. 8 St. Mary’s, No. 15 Midwestern State and No. 18 St. Edward’s.

Rogers State was in the top three all day, but didn’t make the surge up the leader board until the final six holes. The Hillcats dropped seven shots over the last third of the round, moving from as much as three behind to five in front of St. Mary’s and St. Edward’s, whom both finished at -1 in a tie for second.

After entering the day tied for the lead, Horder excelled under the pressure of the final round and golfed a bogey free round with four birdies to cut four more shots off of his score to finish at -12. Horder was under par in all three rounds, finishing with a 66, 70 and 68.

The biggest mover of the day was Edwin Blomander. The No. 81 ranked golfer climbed 20 places to finish in a tie for 9th overall after putting together the best final round in the field with a5-under 67. Blomander had one bogey, but also made four birdies and closed out the tournament with an eagle to finish at 1 over for the event.

Finishing between Horder and Blomander was Luke Palmowski, who climbed five spots on the final day to finish in a tie for fifth at 2-under. Aidan Gavey shot 75 and finished in a tie for 24th at 7-over.

“I’m so proud of this team and their effort these past few days,” said head coach Steve Brown. “Nico obviously led the way and played some incredible golf, but everyone finished strong and contributed to an outstanding team victory. To come down here and face some of the best teams in the country, and leave with the trophy is pretty special.”

Notes: Horder’s tournament score of -12 broke the 54-hole scoring record for Rogers State, previously held by Blomander and Palmowski at -10. Horder becomes the seventh different Hillcat to win an event in program history, and the second this season after Blomander won the NSU Golf Classic in September.

Up Next: The Hillcats will have two weeks off before returning to action in South Carolina for the Battle at Hilton Head hosted at Palmetto Dunes Arthur Hills Course on February 24-25.