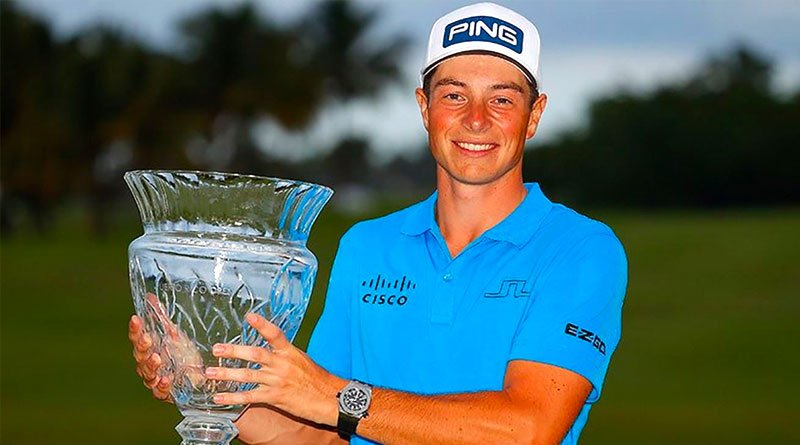 Hovland is the fourth U.S. Amateur winner to earn a Tour victory before the age of 23 since 1990, joining Phil Mickelson, Tiger Woods and David Gossett.

After grabbing the solo lead on Saturday with a 64, Hovland carded a 2-under 70 on Sunday to finish at 20-under 268 and one shot ahead of Josh Teater at Grand Reserve Country Club. The Oslo native earned the victory in dramatic fashion, burying a 20-foot putt at the 72nd hole to secure the victory.