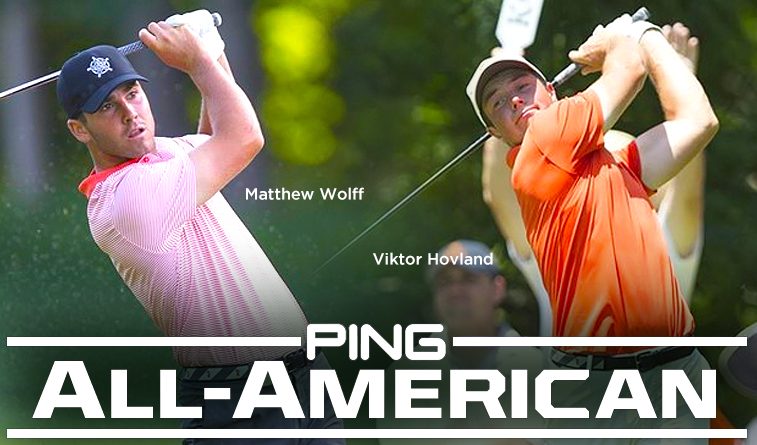 Sophomore Viktor Hovland and freshman Matthew Wolff both received the distinction and bring the total number of All-Americans in program history to 178.

Leading into the NCAA Championship, Hovland tallied eight top 10s, including six in a row at one point. The Oslo, Norway native logged runner-up showings at the Amer Ari Invitational and the Lamkin San Diego Classic before logging his first collegiate victory at the Valspar Collegiate. Additionally, Hovland tied for third place at the Aggie Invitational.

Most recently, he tied for 11th place at this week’s NCAA Championship at Karsten Creek and is currently ranked fifth in the Golfweek/Sagarin Rating.

Wolff has four runner-up showings to his credit on the year, finishing second at the Golf Club of Georgia Collegiate, Amer Ari Invitational, Querencia Cabo Collegiate and the NCAA Columbus Regional. The Big 12 Newcomer of the Year, Wolff is currently ranked fourth in the Golfweek/Sagarin Rating.

The duo was joined on the first team by Shintaro Ban of UNLV, Broc Everett of Augusta, Doug Ghim of Texas, Nick Hardy of Illinois, Theo Humphrey of Vanderbilt, Collin Morikawa of California, Chandler Phillips of Texas A&M, Justin Suh of Southern California and Norman Xiong of Oregon.