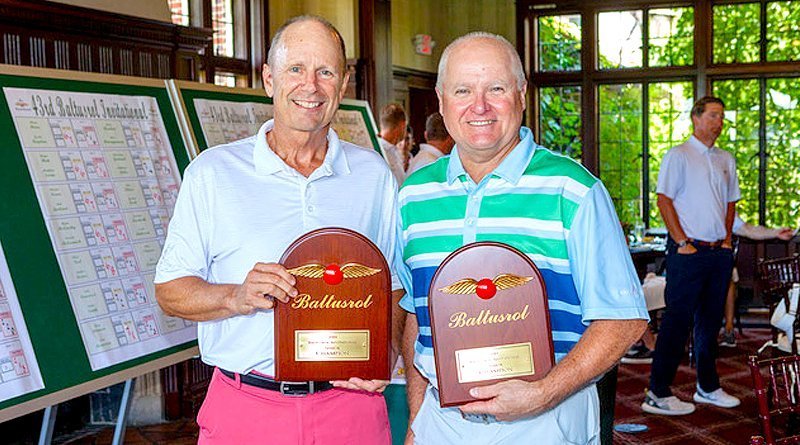 Oklahoma amateurs Michael Hughett of Owasso and Mike Alsup of Tulsa captured a prestigious title last week when they won the senior division of the Baltusrol Invitational at Baltusrol Golf Club in Springfield, N.J.

The two-day tournament consisted of 18 holes of best ball the first day and 18 holes of individual stroke play. Hughett had a “walk-off” hole-in-one on the team’s final hole in the first round and shot 72 to Alsup’s 75 in stroke play as the two won by six shots over their nearest competitors.