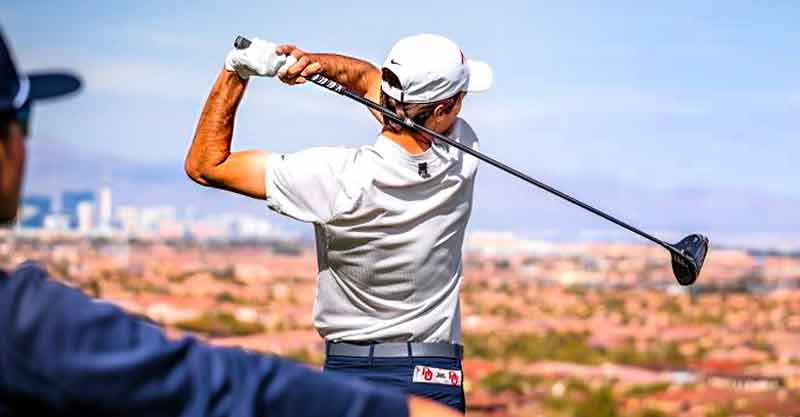 The Sooners, who tied a school record last season with seven team wins, will play in five events this fall, followed by six more regular season tournaments in the spring before entering postseason play in April.

Oklahoma opens its season Sept. 7-8 at the Frederica Cup in Saint Simons Island, Ga., a 54-hole competition that features some of the nation’s top teams in Arkansas, Georgia, Texas Tech, Vanderbilt and others.

Awaiting Hybl’s team a few weeks later is the Inverness Intercollegiate, slated for Sept. 26-27 in Toledo, Ohio, at Inverness Country Club. The tournament’s final round will be broadcast on ESPN+ and showcases five teams that made the national championship in 2022.

Next on the docket is a familiar foe for the Sooners, who travel to Fort Worth, Texas, for the Ben Hogan Invitational at Colonial Country Club Oct. 3-4. Oklahoma won the event in 2019 and 2020 before grabbing a runner-up finish in 2021.

The Big 12 Match Play Tournament returns for a fifth consecutive season and is scheduled for Oct. 17-19 at the Golf Club at Houston Oaks in Hockley, Texas. The Sooners went 3-1-1 at the 2021 tournament and finished third, knocking off Oklahoma State in the third-place match.

The spring slate opens in Puerto Rico on Feb. 12-14 when Oklahoma returns to the Puerto Rico Classic, an event the Sooners won by firing a school record 59-under on the week in 2022. The 59-under par marked the fourth-lowest 54-hole score in NCAA history.

Another event that the Sooners won in 2022 will welcome the team back in 2023, as OU heads to Las Vegas for the Southern Highlands Collegiate, Feb. 26-28.

The trek out west continues March 17-18 for the Men’s NIT at Tucson National in Tucson, Ariz.

Continuing the campaign, Oklahoma competes at The Goodwin at Harding Park in San Francisco from March 30-April 1.

The final stretch of the regular season starts in Raleigh, N.C., April 7-8 at The Stitch, hosted by NC State. The finale is slated for April 15-16, when the Sooners head to West Lafayette, Ind., for The Boilermaker.

The Big 12 Championship is set for April 24-26 at Prairie Dunes Country Club in Hutchinson, Kan., where the Sooners will look to defend their Big 12 crown and win the program’s 19th conference title. Following the conference championship, the Sooners will seek their 12th consecutive NCAA appearance. Oklahoma will play host to an NCAA Regional at Jimmie Austin OU Golf Club for the second successive year. Other regionals will be contested in Auburn, Ala., Bath, Mich., Las Vegas, Nev., Morgan Hill, Calif., and Salem, S.C.

The national championship returns to Grayhawk Golf Club in Scottsdale, Ariz., May 26-31, for a third season.