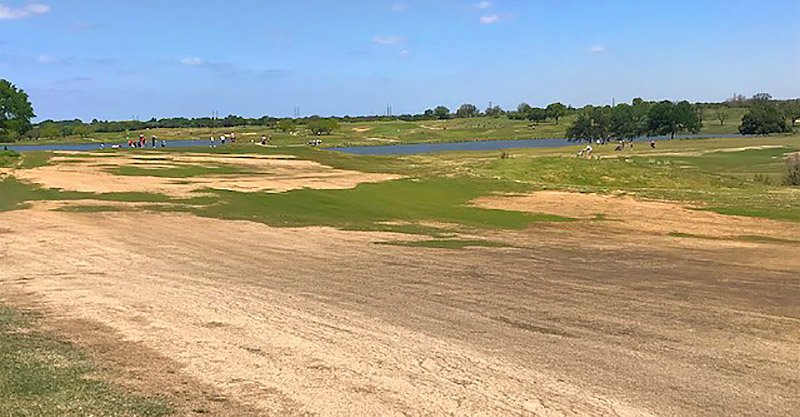 Golf course superintendents throughout the transition zone, including all of Oklahoma, need a break.

Yes, the Covid-19 pandemic has been great for golf. It also led to single use carts which doubled the compaction caused, particularly by those golfers who refuse to park on the path but drive right up the edge of a green. And the expanded numbers of people playing is a great thing, but has increased the workload of superintendents dealing with the increased traffic.

Many superintendents then found their staffs strapped by dealing with a freak October ice storm that in most cases damaged every tree on their property. Most spent the entire winter in cleanup mode and many of the trees are still unsightly. Decisions were to be made this summer on which trees could still be saved or needed to be eliminated.

Then came the mid February arctic blast sending temperatures plunging from 13 to 20 degrees below zero and staying below the freezing mark for up to 13 days.

The result? Probably the worst winter kill the state has ever experienced. No course was spared. If your course has dead collars and tee boxes, you are fortunate. Many courses are dealing with large areas of fairways that either need to be sodded (many private courses have already begun this endeavor) or sprigged. And many Bermuda greens are struggling to recover.

For those who will be sprigging, that’s a process of keeping the areas very wet for 10 days or so while spreading sprigs of Bermuda that will take root and begin to fill in. There is really no sense in even beginning the process until June when the combination of nighttime and daytime temperatures is consistently 150 degrees or more. Courses can remain open during sprigging but it is certainly a disruption to play.

Some courses closed and jumped on the situation immediately. Gaillardia Country Club in Oklahoma City was to resod over 20 acres of fairway grass. Quail Creek in Oklahoma City is open, but lost up to half of its new ultradwarf Bermuda greens. Southern Hills Country Club, with the 2021 KitchenAid Senior PGA Championship coming up at the end of the month, quickly resodded over four acres of turf, much of it on north facing slopes. Superintendents in Tulsa, Sand Springs, Claremore and elsewhere are still waiting and hoping that their Bermuda greens will eventually rebound without having to shut down the course or particular holes to re-sprig.

The February blast was a harsh stress test for Bermuda greens. In southern Texas, many courses did not even own covers for their Bermuda greens, not wanting to invest $40,000 when history had not shown a need. Now dozens are shut down to sprig in new greens.

Golf Oklahoma interviewed turf expert Bud White back in mid February when he predicted that every course throughout the transition zone would suffer some winter kill.

“I wish I had been 1,000 percent wrong, but unfortunately it’s all come true and for many even worse than I feared,” White said last week. 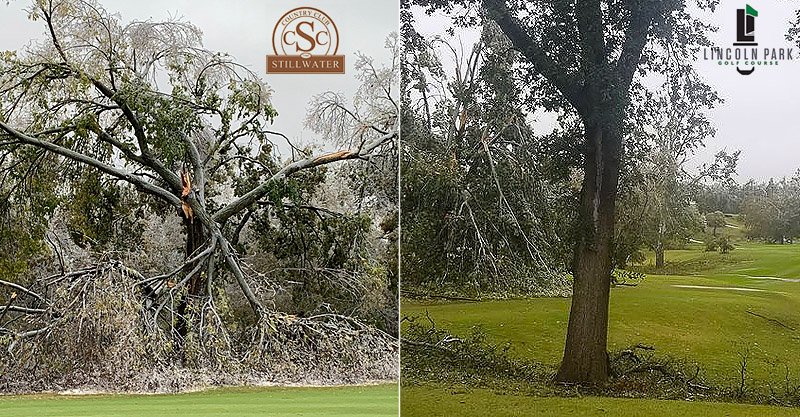 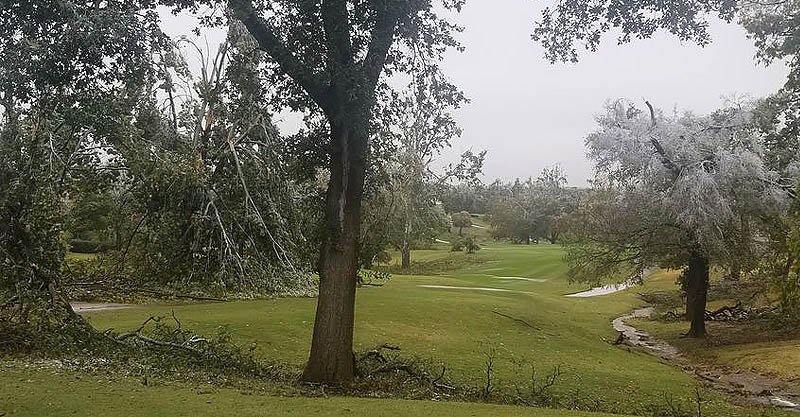 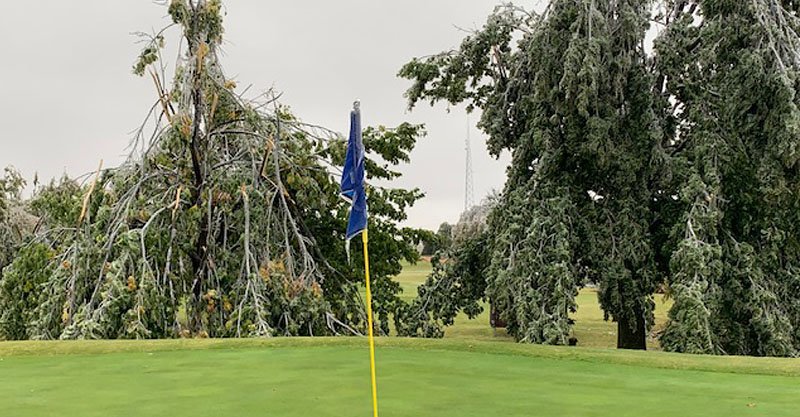 White had sent out a primer to superintendents throughout the state letting them know to alert their owners, managers, greens committees, etc., about what was to come and how best to mitigate the amount of damage and also how to inform their golfers or membership, many of whom are unaware of what winter kill is and think it is something the superintendent did or failed to do that leads to the damage.

“The temperatures were so severe in Oklahoma and Texas that everyone is suffering to some extent,” White said. “It was just the worst combination of factors, with all the desiccation due to the cart and foot traffic with the deep freeze. It was scary how everything was just stacking up for this to happen.”

Bermuda grass is a warm-season grass which typically goes dormant after the first heavy freeze in the fall but is still alive. However deep penetrating cold like that experienced in February can kill the roots. .

With most of the elite private clubs in the state ordering five acres or more of sod and many municipal courses sodding tees and collars, the amount of sod available could also become an issue. Thus far many of the superintendents we talked with at a meeting at Boiling Springs in Woodward Monday said so far supplies have been adequate.

So, if traffic and compaction issues, ice storms and winter kill were not enough, it was absolutely piling on when Westwood Park in Norman got pelted with softball size hail last week, putting multiple dents in every green just prior to the course hosting the Class 3A girls state championship today and Thursday. Superintendent Ralph Cagigal and his crew were able to use sand and rolling to repair the damage.

In Texas, conditions are equally as bad.

“This is the worst I’ve seen at our course and others in the area since the early 80s, when we lost shrubs and flowers and everything,” said longtime Dallas Athletic Club superintendent Kevin Nettles. “The main damage this time was to the green collars and tee boxes. We lost a lot of turf there because the weather was so cold for so long the humidity dried everything out and it killed the grass around the greens and tees.

“We were lucky that we have bent grass greens so they survived just fine, but where you had sandy soil or sand capped, you had a problem. You just can’t have turf that dry, that cold for that long and keep it alive. What we are doing now is stripping out all the dead turf and putting in sod. But most of the sod farms we use have been flooded with request and then flooded with the rains we had lately, so we’re having to wait like everybody else in the area.”

The USGA was forced to send out an apology e-mail to contestants at the USGA Women’s Four-Ball last week at Maridoe GC in Carrollton.

“It’s now what we wanted or are used to, but most people understand we suffered a cataclysmic weather event and it damaged everything,” said Maridoe owner Albert Huddleston

The main takeaway for golfers this year is to be patient and work around whatever solution your superintendent and his bosses come up with depending on their budget and manpower. They all want the same thing as golfers, which is for the courses to be in the best condition possible.

– Art Stricklin contributed to this report