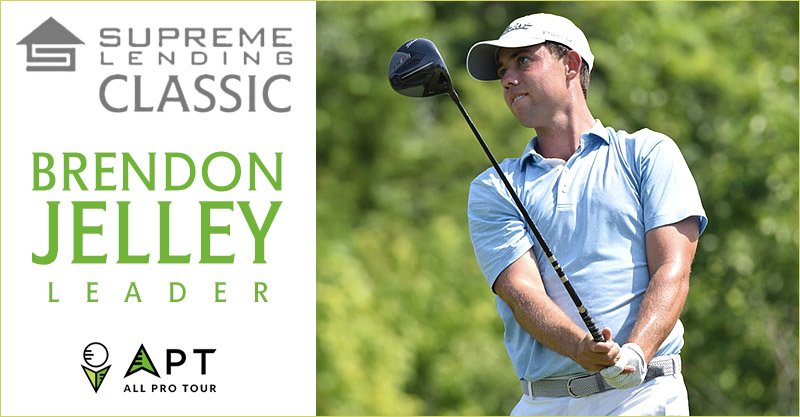 Broken Arrow – Brendon Jelley blitzed The Club at Indian Springs Thursday with a 10-birdie, no-bogey round of 10-under 60 to take command of the Supreme Lending Classic on the All Pro Tour at 14-under through 36 holes.

Jelley, former Jenks High School and Oklahoma State star who recently moved to Scottsdale, made six birdies on the front nine and added four more on the back. His 60 was one shot off the course record he set in last year’s pro-am at this event with a 59.

Jelley will take a 2-shot lead into the third round over Baylor graduate Colin Kober, who nearly equaled his performance with a second-round 61 and is at 12-under. Charlie Holland (66-63)  is third at 11-under Cooper Dossey (66-65) fourth at 9-under.

Round three began at 7:30 a.m. CST with players going off holes 1 and 10 with the leaders going off #1.After the conclusion of round three the players will be repaired based on score before the final round. The Club at Indian Springs is open to the public.