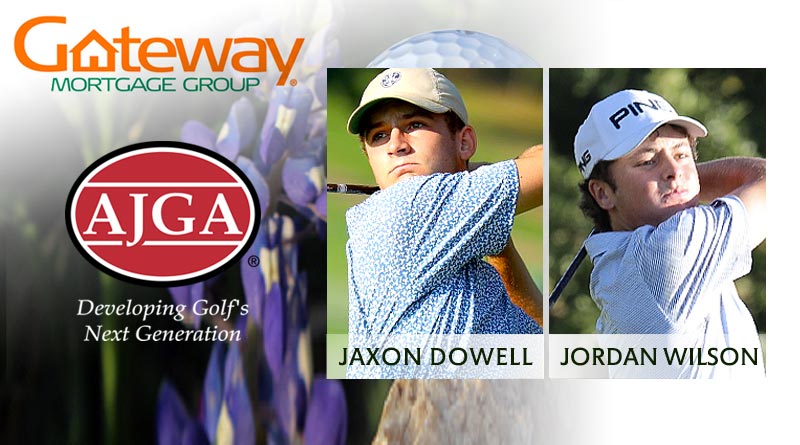 A pre-Bedlam battle should take shape in the final round of the Gateway Mortgage Group Tulsa Open, an American Junior Golf Association event at the Oaks Country Club Thursday.

Jordan Wilson, the Class 6A state champion and OGA State Amateur champion from Edmond North, and Jaxon Dowell, the Class 3A state champion from Oklahoma Christian and current OGA Junior Stroke Play and Match Play champion, are tied at the top of the leader board at 3-under after Wednesday’s second round in stifling heat indexes reaching close to 110 degrees.

Dowell has committed to the University of Oklahoma and OU head coach Ryan Hybl was among those watching him play Wednesday. Wilson recently announced that he was committed to Oklahoma State.

The two have a two-stroke lead over Brayden Strickland of Broken Arrow, who is in third place at 1-under after a second-round 69 on the par-71 Oaks CC.

Wilson shot a 2-under 69 that featured three birdies and one bogey. Dowell’s round of 1-under 70 was much more adventurous. He started bogey-bogey, but then birdied his fourth hole (the par-4 13th) and eagled the par-4 15th. He finished with five bogeys, four birdies and the eagle to go with eight pars.

Other Oklahomans in the top 10 include Eric Schuessler of Stillwater, tied for fourth at 1-over, while Zane Heusel of Edmond and William Sides of Tulsa are tied for eighth at 3-over.

Borina Sutikto of Fremont, Calif., leads the girls field at even-par after rounds of 70-72. Maddi Kamas (72-78) of Kingfisher and Jenni Roller (77-73) of Jenks are tied for eighth, eight shots back.

Live scoring can be viewed here. Leaders will go off at 10 a.m. Thursday.

Hybl was making his first visit to Oaks Country Club, the venerable A.W. Tillinghast layout that opened in 1922, and he was so impressed he asked Director of Golf Rick Reed if he could bring his team up there to play some time.

“This is strong,” he said. “What a great, classic layout. I had no idea it was this good.”