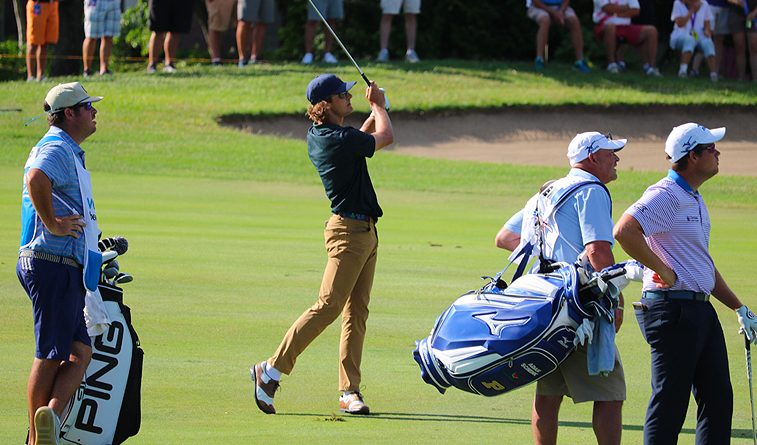 Kropp will advance to the final stage event Dec. 6-9 in Chandler, Ariz., where the top 40 and ties will earn mostly exempt status for the 2019 Web.com Tour and the rest of the top 100 will earn conditional status.

Also advancing from Craig Ranch were former University of Oklahoma golfer Grant Hirschman, who tied for 12th at 10-under, and former Oklahoma State golfer Kris Ventura, also among the group at 10 under. Former University of Tulsa golfer Logan McCracken of Oklahoma City shot 3-over in the final round to miss the cut by a shot at 8-under. Former Tulsan Tag Ridings tied for 25th at 7-under. Former Oklahoma State golfer Sam Stevens shot 6-over in the final round to plummet from the top 10 to a tie for 29th at 6-under. Dillon Rust of Edmond tied for 37th at 4-under.

Nick Heinen of Edmond and OSU will also be advancing to the final stage, having grabbed one of the final qualifying spots at a second stage event in Plantation, Fla., at 9-under after shooting 1-over 72 in the final round.

Heinen and Ventura were the only two golfers to advance to the finals who began their journey in the prequalifiers.

Oklahoma City native and Oak Tree member Blake Trimble shot 22-under to take second in the second stage event in Mobile, Ala. Not advancing from that qualifier was former University of Tulsa golfer Chris Worrell, who tied for 37th at 11-under.

Results of all of the qualifiers are here.