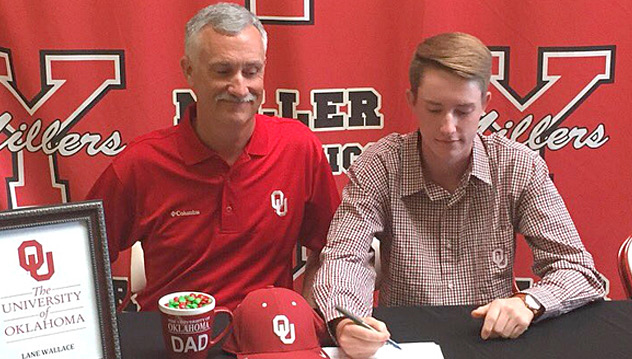 In high school competition, Wallace is on track to letter all four years. Through his junior year, he has won 12 high school tournaments, and he finished in the top five at the 2016 6A Oklahoma State Championship.

“Lane’s one of the best players in the Class of 2017 in the central part of the country, one of the best players in our state, and we’re excited to have him here,” said OU coach Ryan Hybl. “What’s interesting about Lane is he is a really good ball striker. He keeps the ball, for the most part, in play all the time. Short game continues to get better, and if he continues to be a good putter, he’s going to be fine. He thinks that he’s supposed to be great, and that’s going to keep making him be that much better.”

“We’re looking forward to having both of these guys be an impact right out of the gates,” he said. “I like where both of them are with their games, and we’re excited about getting them here on campus next fall.”