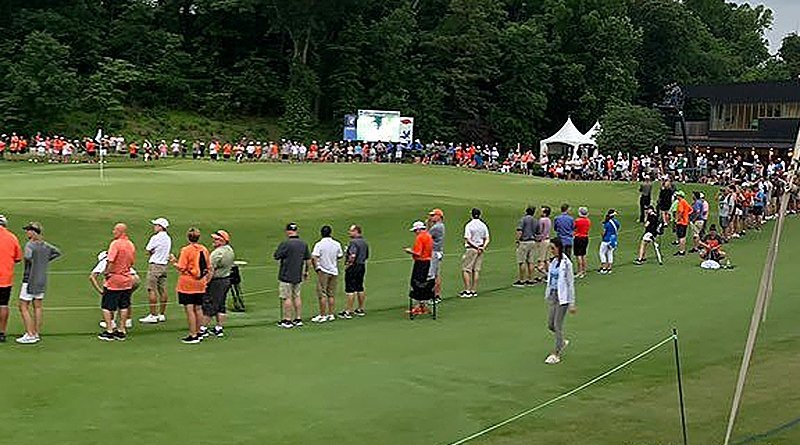 “It’s match play, anything can happen.”

Variations of those two quotes are repeated just about any time a match play championship is held at any level. And anything and crazy things certainly did happen Tuesday in the NCAA Championship as the nation’s best collegiate team was knocked off in match play by a Texas team it had beaten by 44 shots through 72 holes of stroke play earlier in the week and by 15 shots in late April in the 54-hole Big 12 Championship.

The question for college golf is, does it want and need crazy things to happen, or should the best team win the national championship more often?

Oklahoma State has paid the heaviest price for the switch to the match play format in 2009, winning one match play title in 2018 but finishing first in stroke play three other times (2009, 2010, 2019). Yet would the three additional national titles in the OSU trophy case outweigh the increased interest in collegiate golf that match play has generated.

One of the strongest proponents for match play is the man who led the Cowboys to eight of their 11 national titles and knows full well that the vagaries of match play could cost his school additional titles. OSU Athletic Director Mike Holder through his role on the NCAA Golf Committee pushed for the format change, with the vision it would result in far greater live television coverage on The Golf Channel.

The format switched in 2009, but the Golf Channel didn’t start showing the event live until 2014, proving the committee’s vision was correct. It signed an extension in 2017 that takes its coverage through 2029, and in addition to the men’s and women’s national championships it is now showing a total of five collegiate tournaments live. The match play may actually be a more difficult production for the television folks rather than just following a couple of groups of leaders, but it is more riveting.

For example, this reporter walked the front nine of yesterday’s highly-anticipated match between budding superstars Matthew Wolff and Cole Hammer. It was incredible golf. Hammer made five birdies in the first six holes, matched everything Wolff threw at him and shot a 30 on the front nine at one of the most difficult golf courses in the country. At one point Wolff was 3-under par and down three. Hard to compete with that.

If the event had concluded with stroke play, OSU would have won by 31. But a blowout like that is unusual. Tom Jones, president and COO at Oak Tree National, where many former Cowboy All-Americans and PGA Tour players hang out, said it’s nearly unanimous among the old guard that won those eight titles under Holder that they hate the match play format. That includes Scott Verplank, Bob Tway and other notables.

“I would just ask, are you crowning the best team each year, or are you just putting on a show for television,” Jones said. “Last year when OSU won was the first time the No. 1 team won since they went to match play.

“I played in four NCAA stroke play championships and they were unbelievable,” said Jones, who was Holder’s first All-America recruit, finished fourth individually in 1975 and was a standout on the 1976 national championship team. “The oxygen coming down the stretch was just hard to find. It was incredibly exciting.

“Match play is good for television, but the Kardashians have great ratings too. Are you just shooting for entertainment or does it have a point.”

Without match play, today we would not be remembering the stirring comeback by Zach Bauchou on holes 16 and 17, the OSU fans racing up the 18th fairway to get a spot for the crowning moment, no heartbreaking dagger of a birdie on 18 by Texas’ Steven Chervony. But stroke play memories could be just as compelling.

Coaches who were previously skeptical about the switch have largely endorsed the format change. Alan Bratton is a believer, even though one of the best teams in both OSU and collegiate golf history just paid the price. Texas beat Oklahoma and OSU in the same day last fall in the first-ever Big 12 Match Play Championship, and OSU also was tied by Kansas. Match play is just different.

After edging Oklahoma in an equally dramatic 3-2 final hole finish  in the morning and the Cowboys in the afternoon, Texas coach John Fields was asked about being overlooked despite his team’s history of success in match play.

“Well, truth be known, I mean, people have been talking about Oklahoma State all year,” Fields said. “Somebody asked me out on the range the other day if I thought that we had been overlooked. I thought this entire field has been overlooked this year. Really last year too.

“Oklahoma State has been at the crux of all the media, and they’ve earned it. They have absolutely earned it. They’ve done a great job. Alan Bratton, Donnie Darr, that whole team. We have a lot of respect for them. This time we came out on top.

That’s match play. And it’s not going away.