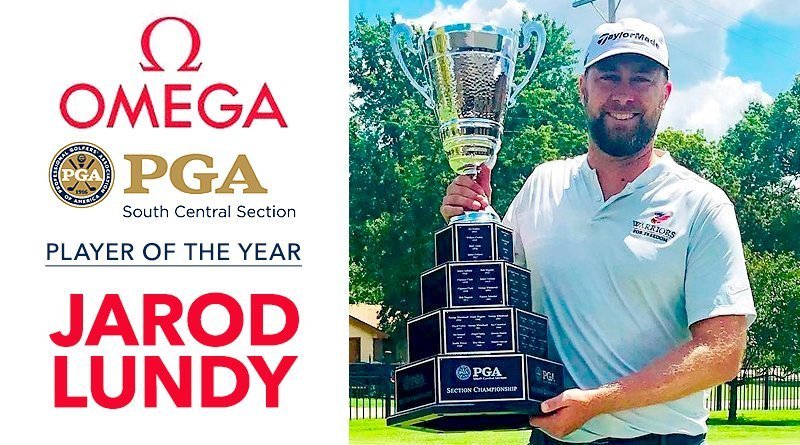 Jarod Lundy, general manager and PGA Director of Golf at Winter Creek Golf Cub in Blanchard, is the 2019 Omega South Central Section Player of the Year.