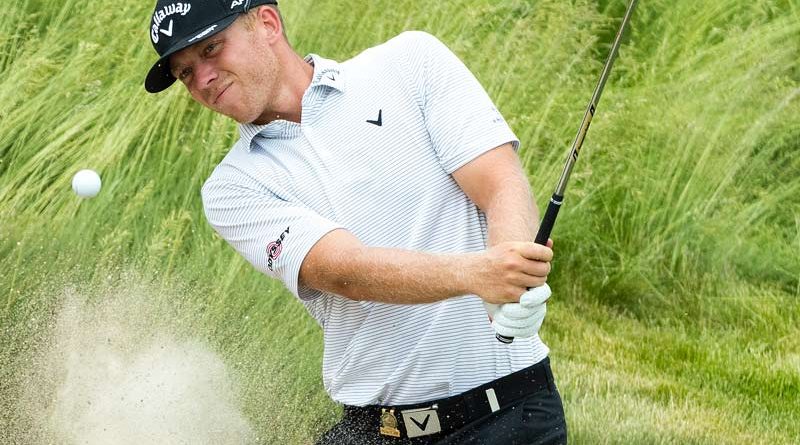 The recent announcement by The Masters that it would honor its normal criteria for invitations – meaning the top 50 in the Official World Golf Rankings (OWGR) get in – was good news to Talor Gooch and several other players who have left the PGA Tour for LIV Golf.

Gooch, the Midwest City native and Oklahoma State graduate who will be playing when LIV Tulsa is held at Cedar Ridge Country Club in Broken Arrow on May 12-14, will now get to play in The Masters due to his current OWGR of 40.  The Masters invites the top 50 in the rankings at the previous year’s end.

His status for other majors is less clear until and unless LIV events are awarded OWGR points. They are currently not earning points and the OWGR has said it is reviewing LIV’s application for points.

The 2023 PGA Championship on May 18-21 at Oak Hill does not have an OWGR criterion. Rather the top 70 in PGA Tour earnings from one week after the 2022 PGA Championship at Southern Hills until a week before the 2023 Championship are invited, a criterion that would exclude Gooch and anyone not eligible under other criteria, such as being a major champion or having finished in the top 15 in the previous year’s PGA Championship. The PGA of America does reserve the right to invite whomever it chooses, and it will be interesting to see if it leaves out players in the top 50 in the OWGR due to their LIV affiliation. An email raising this question to PGA officials has yet to be answered but we will update if more information is provided.

The U.S. Open and The Open Championship do have an OWGR component in their criteria. The U.S. Open takes the top 60 from the current OWGR. The Open takes the top 50 as of week 21 (May 27) so Gooch should be good for both of those for 2023 provided they don’t change their criteria. Beyond that, however, unless he were to have a great tournament at Augusta National, he will eventually drop out of the top 50 and top 60 providing he sticks with LIV and the upstart league is not awarded OWGR points in time for its 14-event 2023 schedule.

And his participation in the two Opens is contingent upon neither the USGA nor R&A changing their criteria to prevent LIV golfers from participating.

“Obviously there’s been so much chaos,” Gooch said. “But despite all the political agendas and craziness, golf is still a sport and the majors are the pinnacle of the sport. If we want to consider them the pinnacle, the best players in the world need to have access to them. I think I’ve proven with my top 30 in the Fed-Ex Cup standings that I’m one of those top players and I’m really hopeful I get a chance to play in all the majors. I’ve had some good finishes in them and hope to have another good year and really build on that.”

Despite the unclear status for the majors and the battering LIV has taken in much of the established golf media, Gooch said he has no regrets about switching to the Saudi-backed league, quite the opposite. He signed a contract for an undisclosed amount in guaranteed money, then proceeded to win $10,374,500 over the eight events. Of that, $7,062,500 came from the split from his team, the Four Aces, who won five of the eight events.

Despite the Four Aces’ success, Gooch utilized a clause in his contract to switch teams following the season and joined good friend Harold Varner on Bubba Watson’s team, The Niblicks. Dustin Johnson replaced him with another former OSU player, Peter Uihlein. Gooch insisted there were no issues on The Four Aces and he just wanted to play with Varner. The Four Aces’ other members  were Patrick Reed and Pat Perez. Also, Gooch said the way the team earnings are counted and what they are used for will be changing and sponsorships will become much more of a factor in future team revenue.

“I couldn’t be happier with what I’ve done, for my career, my family, just so many layers of reasoning for me to be happy,” Gooch said. “One of those reasons is the foundation that my wife and I established and the amount of money that we will be able to put into it to do good things for Oklahoma and our community.”

The Talor Gooch Foundation is already a supporter of the Oklahoma Junior Golf Tour among other projects. Gooch said he will have a fund-raising pro-am prior to the LIV event at Cedar Ridge with several of the top LIV players participating. The date and location will be finalized soon.

Gooch and fellow former OSU great Charles Howell worked together on bringing the LIV event to Oklahoma. Initial talks were with courses in the Oklahoma City/Edmond area but after those stalled, Cedar Ridge became the target. Although Howell has played there frequently with his friend Bo Van Pelt, Gooch said he has not played Cedar Ridge since his qualifying round for the 2009 U.S. Open at Southern Hills, in which he shot 68.

“It’s so cool to have an event in Oklahoma,” Gooch said. “Everyone who has spent time here has a bond and is proud of their time here (in addition to Gooch, Uihlein, and Howell, players with Oklahoma ties include OSU Cowboys Matthew Wolff and Eugenio Lopez-Chacarra and former Sooner Abe Ancer).

It’s been a crazy year for the 31-year-old Gooch, who along with Varner and Bryson DeChambeau, is one of the few who could be considered a rising PGA Tour star to defect. Cameron Smith is one of the world’s top players, but an Australian without any longstanding PGA Tour ties. Most of the other top LIV signees such as Phil Mickelson, Sergio Garcia, Louis Oosthuizen, Brooks Koepka, Johnson, Watson, etc., have established PGA Tour legacies leading to their guaranteed contracts.

Gooch is building a house in Nicholls Hills. He and wife Ally have a 1-year-old daughter Collins and he appreciates the limited schedule LIV offers. Of course, if he does get to play in four majors plus a few other events to chase OWGR points plus the mandatory 14 LIV events, the idea of a limited schedule is pretty much out the window. As far as the majors are concerned, that’s a problem Gooch would love to have.

Gooch said golf fans who attend the event at Cedar Ridge are in for a treat in terms of the format (48 players playing 54 holes with a shotgun start each of the three days of competition). Loud music is played throughout.

“When the shotgun start goes off, it’s almost like the tip-off of a Thunder game,” Gooch said. “The horn goes off and fans go crazy. It’s like a lot of other sports but totally different from what we’re used to in golf. It’s certainly not the same, but in a really cool way.”