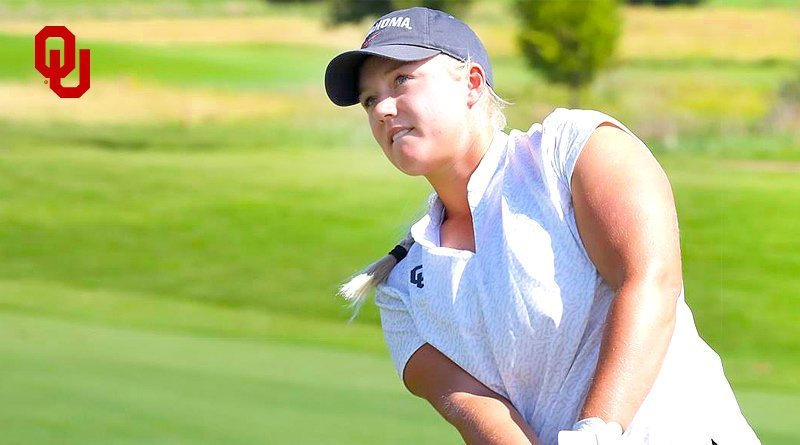 Oklahoma junior Kaitlin Milligan claimed second place at the Illini Women’s Invitational on Tuesday, firing a 4-under 68 in the final round of the 54-hole event. The Sooners claimed sixth place as a team with a total of 863 (-1) at the par-72, 6,159-yard Medinah Country Club in Chicago.

Milligan opened the tournament with an even-par 72 on Monday morning before totaling 11 birdies between her final two rounds. Kennedy Swann of Ole Miss won the event with a 207 (-9), passing Milligan in the home stretch with three birdies over her final four holes.

The second-place showing is Milligan’s best of the season and fifth top-five finish of her career. The Norman native has claimed a top-20 placement in 12 of her last 14 tournaments and has finished no worse than 12th place through three events this fall.

“Kaitlin had a great tournament,” said OU head coach Veronique Drouin-Luttrell. “She puts in a lot of time and effort into her game and to see it pay off is very rewarding. As a team, we’re very close and need to continue believing in the process.”

Milligan was joined in the top 20 by sophomore Mikhaela Fortuna (15th) and junior Sydney Youngblood (20th). Fortuna totaled a 215 (-1) throughout the tournament while Youngblood shot an even 216.

Kent State won the event by one stroke over Ole Miss with a three-round score of 853 (-11).

The Sooners have two tournaments remaining in their fall schedule, beginning with the Jim West Invitational (Oct. 20-21) in San Marcos, Texas. OU closes the fall in Nassau, Bahamas on Oct. 28 and 29 at the White Sands Invitational.