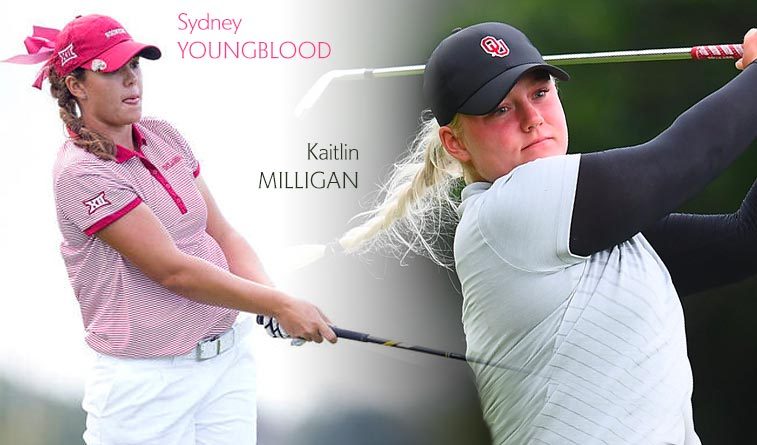 NORMAN – The 24th-ranked Oklahoma women’s golf team competes in its first tournament of the season at the Minnesota Invitational in Woodbury, Minn., beginning Monday. The two-day, 54-hole event will take place at the par-72, 6,479-yard Prestwick Golf Club.

“We are excited to get our season started,” said OU head coach Veronique Drouin-Luttrell. “We’ve had some great practices and qualifying rounds for this event. This team is very competitive and we look forward to seeing them play in our first tournament.”

The Sooners aim to continue building on last season’s success by returning three of the five members of their postseason lineup, led by senior Julienne Soo. The Australian took 19th place in the NCAA Championships and has been named to the All-Big 12 Team her past two seasons. Soo averaged a 72.27 stroke average in her junior year, which is tied for the lowest season average in program history.

Oklahoma’s 2018-19 debut features a young lineup where Soo is joined by four underclassmen including Oklahomans Kaitlin Milligan and Sydney Youngblood.

The Sooners tee off for the first round at 7:40 a.m. CT on Monday for 36 holes of continuous play. The 15-team tournament concludes Tuesday with 18 holes on Tuesday.

Julienne Soo, senior: Qualified for stage 1 of Q-School…A Golfweek All-America Team Honorable Mention…Finished her junior season with a stroke average of 72.27 – tied with Chirapat Jao-Javanil’s 2012-13 campaign for the lowest in program history (both golfers took exactly 2,457 shots in 34 rounds)…Claimed 19th place in the 2018 NCAA Championships – the second-highest finish by a Big 12 golfer in the field…Named to the All-Big 12 Team in 2017 and 2018…Also named to the Big 12 All-Tournament Team and Academic All-Big 12 Team.

Kaitlin Milligan, sophomore: Competed in every event her freshman season…Her 117 birdies were the second most in the 2017-18 by a Division I freshman and ranked in the top 20 among all DI golfers…Owns the program and Big 12 record for lowest round, firing a 62 (-10) in the first round of the 2018 Westbrook Invitational…Took second place at the Westbrook Invitational after shooting a 54-hole total of 199 (-17), good for the lowest individual tournament score in school history.

Hannah Lee, sophomore: Third time competing in the Sooners starting lineup…Played in three events as a freshman…Competed as an individual at the Schooner Fall Classic shooting 2-under in her final two days.

Sydney Youngblood, sophomore: Competed in all postseason events, including the NCAA Championships…Finished in 24th place at the NCAA Austin Regional, shooting a 219 (+3)…Best finish of the year was a ninth-place showing at the Jim West Challenge with a career-low 209 (-4).