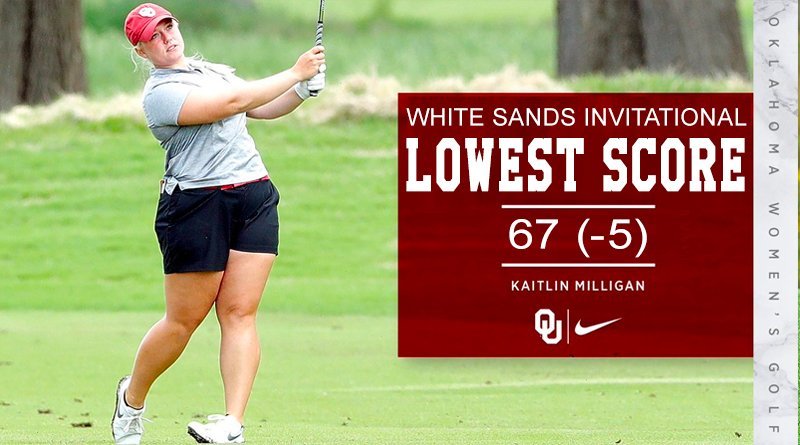 Oklahoma women’s golf produced a 10 shot improvement and climbed six spots during the second round of the White Sands Invitational. The Sooners fired a 285 (-3) on Tuesday and enter the final round in third place at the par-72, 6,415-yard Ocean Club in Nassau, Bahamas.

After finishing the opening round in ninth place, the Sooners carded the second-lowest round score of the 15 teams. Texas leads the event with a 554 (-22).

Junior Kaitlin Milligan shot the lowest score of the 82 golfers during the second round, shooting a 67 (-5). Milligan opened the week with six bogeys on her first eight holes, but bounced back to climb into seventh place. The Norman native has produced eight birdies and an eagle over the last 25 holes.

Joining Milligan in the top 20 is freshman Maria Fernanda Martinez. The rookie is tied for 12th with an even-par 144.

The Sooners conclude the White Sands Invitational and their fall schedule on Wednesday at 7 a.m. CT. OU will be paired with top teams Texas and Arkansas for a shotgun start.