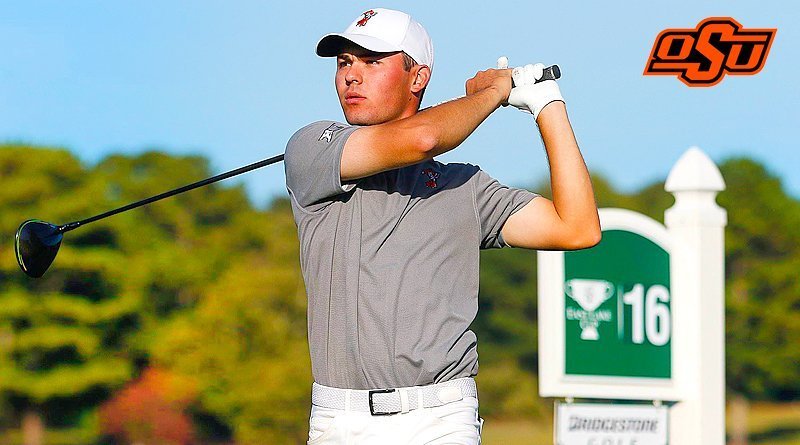 “Obviously our goal was to leave with a trophy,” OSU head coach Alan Bratton said. “We didn’t do that, so you have to give Texas credit. But again, growth from every single one of our guys. We have to keep getting better, but this is good growth for us and I think a real positive for us to end the fall.”

The Cowboys had a chance to send the championship match into extra holes on the 18th green. With the first four matches already decided, freshman Rayhan Thomas nearly poured in a birdie putt vs. Travis Vick to tie the match and send it to a 19th hole. Vick took home a 1-up win for Texas.

“It’s really easy to just fold up,” Bratton said. “[Thomas] didn’t do that. He gave [Vick] everything he could handle coming down the stretch.”

Freshman Brian Stark won his match for the second-consecutive day and picked up an opening point for the Cowboys. Stark topped Pierceson Coody 4 and 3.

Junior Austin Eckroat picked up a win in an up-and-down anchor match. Eckroat outlasted Cole Hammer with a 3-and-1 victory. Eckroat was 2 down after No. 11 before winning five of the next six holes.

Parker Coody defeated sophomore Aman Gupta 1-up. On Tuesday, Gupta sent the Cowboys to the championship match with his win. Freshman Hazen Newman fell 5 and 3 to Spencer Soosman.

The runner-up finish was OSU’s best ever at the East Lake Cup. The Cowboys now head into the offseason and will return to action in February at the Amer Ari Intercollegiate in Kona, Hawaii.

Golf Channel will air a replay of the East Lake Cup championship match at 2 and 5 p.m. (CDT).