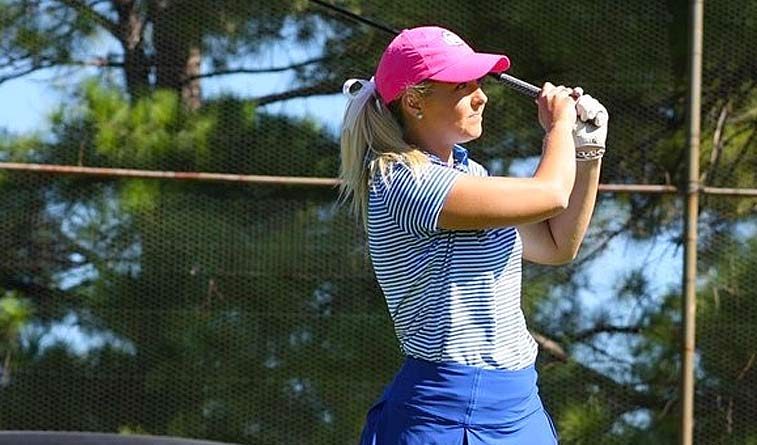 Moody, a senior from Aledo, Texas, held a two-stroke lead after 36 holes. The Stars, ranked seventh in NAIA women’s golf, stood in second place as a team.

Moody posted a 71-67–138, knocking down eight birdies to tie for the tournament lead. Moody stayed bogey-free during the second round. She remained at par or better for 35 of the 36 holes with only one double bogey during the first round.

OCU carded a 297-292–589, ending the day six shots behind 11th-ranked Texas Wesleyan. The Stars held second place after one round trailing by two strokes to McLennan (Texas).

Melissa Eldredge of Oklahoma City produced a third-place 68-73–141. Eldredge, a sophomore from Eufaula, Okla., buried an eagle on the par-4, 356-yard eighth hole during her first round, where she stayed away from bogeys. Eldredge sank four birdies and made par on 28 holes Monday.

The Stars’ Regan McQuaid turned in a 79-75–154 to tie for 17th. McQuaid, a junior from Tulsa, nailed six birdies. Her second-round score was a career best. Emma Allen, a senior from Broken Arrow, provided OCU with a 79-77–156 while making five birdies.

The temperature started the day in the mid-40s and moved to a high of 68 degrees. The wind stayed calm.