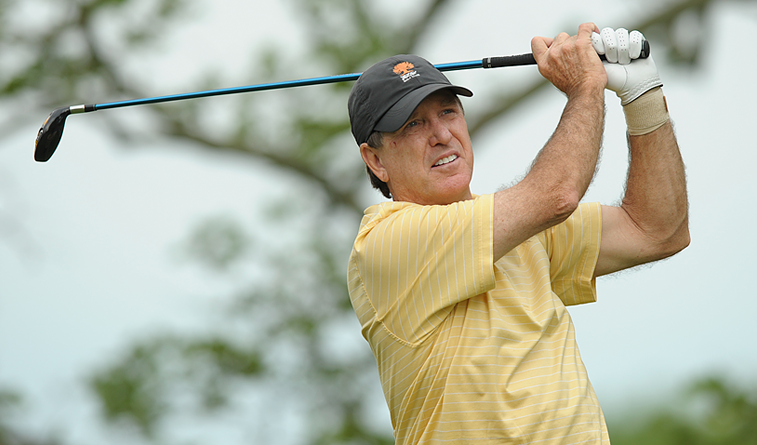 Oklahoma Golf Hall of Famer and two-time champion Gil Morgan will grace the field with his presence when the Oklahoma Open gets underway Thursday at Oak Tree Country Club.

One of the founding members of the “Oak Tree Gang,” Morgan won the Open in 1981 and 1997. Only 13 other golfers in the field were alive when Morgan won his first. Morgan was a seven-time winner on the PGA Tour and won 25 Champions Tour events. This is the first year Morgan, 70, hasn’t played a full schedule on the Champions Tour.

“I haven’t been playing much, but I thought it would be fun to give it a try,” Morgan said. “I hope I can keep up with some of these young guys, but we’ll see.”

Morgan’s presence evokes an era when the Oklahoma Open, then title-sponsored by the Daily Oklahoman, was the premier state open in the nation, with a host of PGA Tour players competing including most members of the Oak Tree Gang. From 1975 to Morgan’s last victory in 1997, Oak Tree Gang members Mark Hayes, Danny Edwards, Doug Tewell, Bob Tway, David Edwards and Willie Wood combined to win 15 of the 22 events.

Morgan will be paired with Cody Burrows of Chickasha and Britt Pavelonis of Harrisburg, Ill., for the first two rounds. Burrows, the Summit League Golfer of the Year for Oral Roberts in 2017,  was a finalist in the Oklahoma Golf Association State Amateur Championship in July, losing to Brendon Jelley of Tulsa in the championship match at Southern Hills Country Club in Tulsa.

Defending champion Michael Balcar of Phoenix, Ariz., returns and is paired with Max McGreevy, who has been competing successfully on the Mackenzie Tour in Canada since leading the University of Oklahoma to the 2017 NCAA Championship.

The other past champion in the field is Rocky Walcher of Oklahoma City, who won the Open in 1997. At 55, Walcher is the second oldest player in the field.

Among the Oklahoma pros to watch this week are Cameron Meyers of Edmond, coming in off a victory on the Fairways Tour, Trent Whitekiller of Sallisaw, Hunter Sparks of Edmond, Ryan Spears, formerly of Del City, Matt Mabry of Tulsa, Jason Meece of Newcastle, Logan McCracken of Oklahoma City, Dillon Rust of Edmond and Ian Davis of Edmond. Many others with experience up through the Web.com Tour could prevail as well.

The 54-hole event goes through Saturday on the East Course at Oak Tree CC. Admission is free and spectators are welcome. Here is a link to the field and all pairings and tee times. Live scoring will be available in the final round on the OGA site as well.