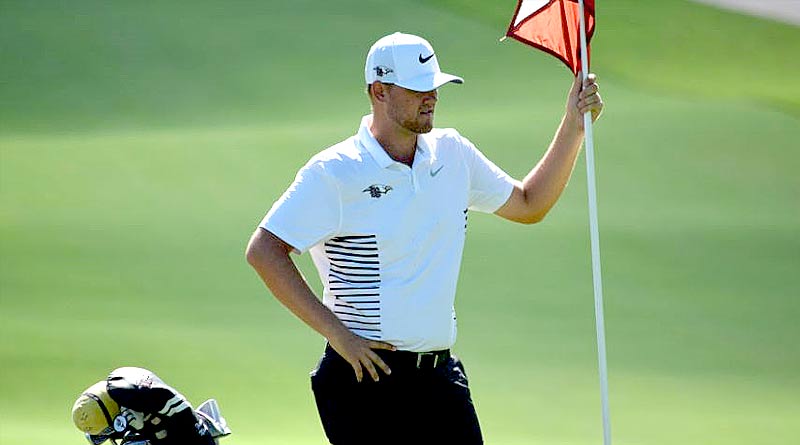 Photo: OC junior Trevor Norby made the All-America third-team list for the 2018-19 season.

“It is very satisfying to see Trevor chosen as a third-team All-American,” OC coach David Lynn said. “His play this past season was stellar and his scoring average ranked among our all-time best. Once Trevor got comfortable this spring, his game really blossomed.”

Norby’s 8-under-par 64 in the second round of the Heartland tournament matched the program record for lowest score in relation to par. He shot under par in 11 rounds and even par six times while earning All-Heartland first-team honors, helping the Eagles post five team wins and rise to No. 1 in the NCAA’s South Central Region ranking and No. 9 in the Division II coaches’ poll.

He tied for 10th in the Division II South Central-West Super Regional at The Ledges Golf Club in St. George, Utah, shooting a 7-under 65 in the final round – the lowest round by any of the 108 players in the event over three days. He closed with birdies on six of the final 10 holes.

Norby was one of only two players from Oklahoma schools to make the All-America list, joining first-team honoree Zach James of Southeastern Oklahoma State. Only two Heartland players made the list – Norby and fellow third-teamer Emilio Gonzales of St. Mary’s (Texas).