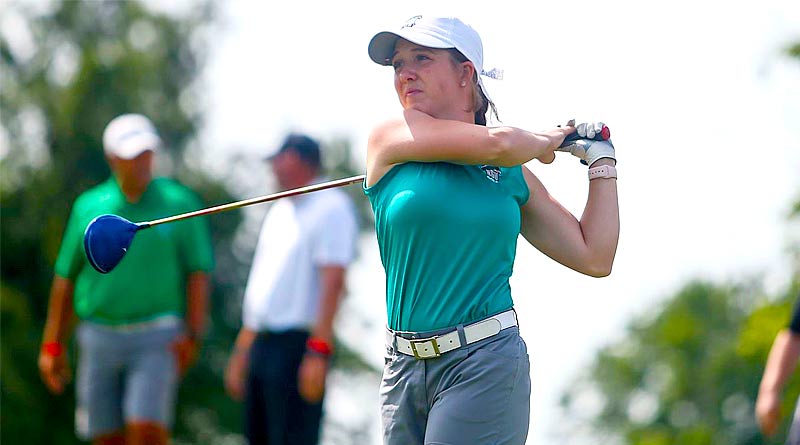 Armon, a graduate student, just completed a four-year career with the RiverHawks at the NCAA Championships and helped win NSU its fourth-consecutive MIAA title.

This past season, Armon held a 78.46 stroke average with a top-5 and two top-10 finishes in 12 events. As a four-year letterwinner, she played in 45 tournaments, while maintaining a 79.8 stroke average. Armon was a two-time All-MIAA selection and a five-year member of the league’s honor roll. She is also a two-time WGCA All-American Scholar selection.

All nominees for this award must have reached sophomore status, carry a 3.30 cumulative GPA, and boast noteworthy academic and athletic achievements.

Armon is the second NSU women’s golfer to earn CoSIDA Academic All-America® honors, with Whitney McAteer being the most recent in 2013.