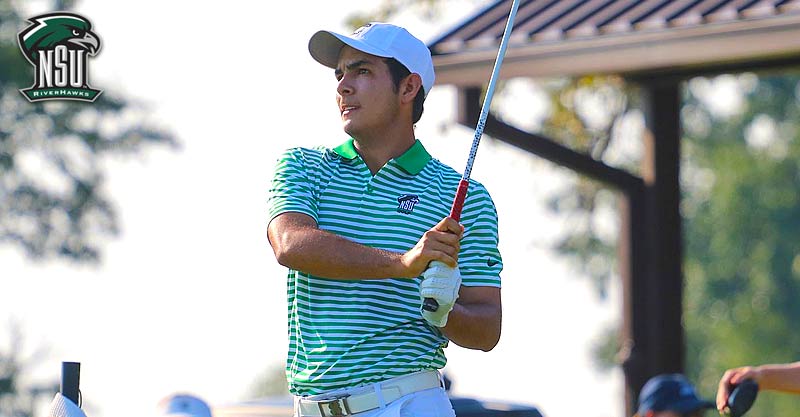 LAS VEGAS, Nev. — Northeastern State finished where they started the day and placed third overall at the Warrior Invitational Tuesday afternoon.  The RiverHawks turned in a 305 score and finished the two-round tournament with a 615.

Behind a tournament-low round of 70, Carlos Gomez rocketed up the leader board to finish tied for fourth place overall on a 150 score.  Gomez limited himself to a pair of bogeys while landing four birdies and 12 pars.

MIAA teams made up the top-three, with Washburn edging Missouri Western by a shot with a 601 score.  The Ichabods’ Andrew Beckler took medalist honors by three shots with a 146.

Northeastern State heads to the east coast next to play in a tournament in North Carolina on March 15-16.